Dorothy Jenkins Carraway, our beloved “Memaw”, spent the whole day with her family and then peacefully went to be with the Lord Sunday evening May 22, 2022, at the age of 99. She was born in Carpenter, MS on October 2, 1922, the ninth child of William Davis and Laura Hughes Jenkins. She attended Carpenter School through 8th grade, and continued her education at Utica High School through the 11th grade before marrying her high school sweetheart, Charles Andrew Fisher. Four years after marriage, they were blessed with their son, Charles Brian Fisher, who was only six weeks old when his father was killed in a tragic railroad accident while working in Jackson, MS. Dorothy and son returned to reside at her family home in  Carpenter shortly thereafter. Five years later, she married Hubert Fletcher Carraway. The family of three settled in the Carpenter community, and four years later welcomed a second child, daughter Wanda Kaye Carraway.

Dorothy was a lifelong homemaker and took much pride in taking care of her family. She enjoyed spending time with them, and sharing stories from her childhood, especially over afternoon coffee and some of her sugar cookies. Memaw was most happy when she was

She was proceeded in death by her parents, four brothers, four sisters, and her late husband  Hubert F. Carraway.

She is also survived by numerous other nieces, nephews, and extended family.

Visitation will be Thursday, May 26 at 1 p.m. at the Utica Christian Church, Utica, MS with a Celebration of Life service beginning at 2 p.m. Graveside service will follow at Pine Bluff Cemetery, Dentville, MS. 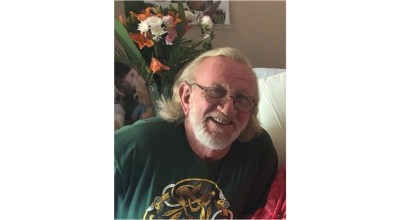