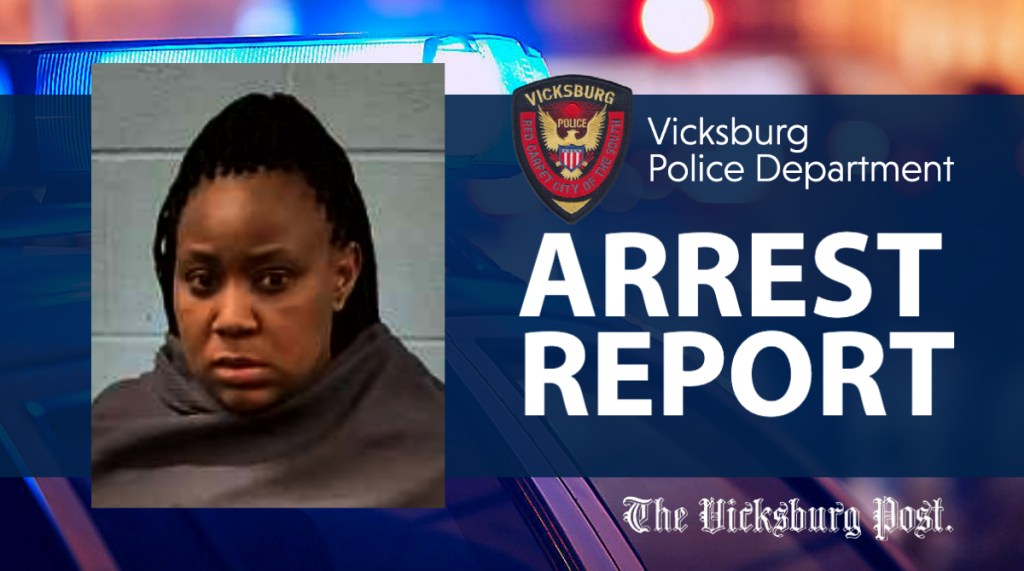 The theft of a $13,500 diamond solitaire ring from a Vicksburg jewelry store on Thursday led to a multi-agency takedown effort on Interstate 20 East.

At approximately 10:17 a.m., a female suspect entered Carter Jewelers on Pemberton Boulevard and asked to see a solitaire diamond ring. Employees said the store associate let the suspect hold the ring and try it on, but when they asked the woman to return the ring, the woman refused. After several attempts by the associate to get the ring back, the suspect exited the store and got into her vehicle.

The associate followed the suspect to her vehicle, a silver GMC Terrain, and again asked for the ring. The suspect allegedly told the associate that she had a gun on her person and “was not afraid to use it,” employees said. The suspect then drove away, hopping a curb in the process and damaging one of the vehicle’s tires.

According to reports from the Vicksburg Police Department, the vehicle traveled east on Interstate 20 until the tire went flat. At that point, the vehicle had crossed into Hinds County and was stopped on the side of the highway.

At approximately 11:50 a.m., a Mississippi Highway Patrol trooper saw two vehicles parked on the shoulder of Interstate 20 in Hinds County, one of which matched the description of the armed robbery suspect. There were two women and one man standing on the side of the road beside the vehicles. Warren County Sheriff Martin Pace and Deputy Johnny Beauchamp arrived on the scene as well, to assist MHP.

According to MHP, as officers from the Mississippi Highway Patrol and Warren County Sheriff’s Department approached the three individuals near the parked vehicles, the male fled on foot, crossed the interstate and began to climb a fence when a Trooper placed him in custody. The females were arrested without incident.

The male, identified as Richard T. Kyles, 36, of Jackson, has been transported to the Hinds County Sheriff’s Department and is charged with resisting arrest, receiving stolen property and possessing a controlled substance. The armed robbery suspect, identified as Hope Robinson, 30 of Jackson, and the second female, who was not identified, were transported to the Vicksburg Police Department.

The Vicksburg Police Department is handling Robinson’s arrest since the jewelry theft took place within its jurisdiction. Police Chief Penny Jones said Robinson did not have a gun at the time of the robbery. Robinson had an initial appearance in court on Friday, where she was formally charged with grand larceny and given a bond of $30,000.

The armed robbery was initially reported as having taken place at Kroger by another media source. This was misinformation.