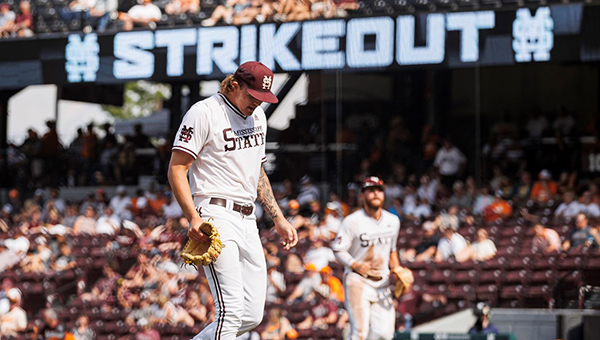 JACKSON — Chris Lemonis was direct and to the point with his thoughts about watching the Southeastern Conference baseball tournament this week.

“It sucks. It’s not good. Can we say it sucks in the newspaper?” Lemonis said with a chuckle.

Lemonis’ opinion has nothing to do with the rainy weather that backed up the tournament schedule all week, or the quality of the games that have been played. It has everything to do with having to watch it on TV or from the stands instead of the dugout.

A year after winning the program’s first national championship, the Bulldogs endured a season where little went right. Injuries and close losses piled up and kept the team out of the 2022 postseason entirely.

Mississippi State finished 26-30 in Lemonis’ fourth season as head coach. He was able to take the bad breaks in stride as something that occasionally happens, but it doesn’t mean it’s sitting well with him.

“I’ve never been under .500, I’ve never not gone to a postseason tournament. It’s a different space. It’s humbling,” he said. “But we’re tough enough to take it. We’ll bounce back and we’re going to work really hard to get this program where it needs to be.”

That would be in Omaha, which seemed to become an annual vacation destination for Mississippi State fans in recent years. The Bulldogs reached the College World Series in 2018, 2019 and 2021, the latter two trips under Lemonis.

The 2021 team, of course, went on a magical run to win it all. Lemonis was Baseball America’s National Coach of the Year after leading the Bulldogs to a 50-18 record. 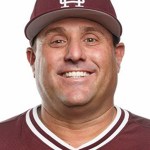 Pitchers Landon Sims, Stone Simmons and Brooks Auger all suffered season-ending injuries in March. The remaining pitchers struggled, and the staff finished with a collective ERA of 6.07 after having a 4.04 mark last season.

“We ran out of fumes with our pitching staff. We just struggled on the mound. In our last nine or 10 games I think we were tied for the lead or had the lead in the seventh inning in, like, six of them,” Lemonis said. “We just got to the point where we couldn’t finish it out from the pitching staff. It wasn’t those guys. We had some injuries on our staff that taxed the guys a little bit more than normal.”

The Bulldogs were still in a position to at least make the SEC Tournament and possibly the NCAA Tournament into late April, until a closing stretch of 12 losses in 13 games — including 11 consecutive SEC losses — sank them.

A 27-2 loss to No. 1 Tennessee to open the final regular-season series was a jarring counterpoint to the raucous championship celebration that Dudy Noble Field had hosted 10 months earlier.

“Two totally different years, and that’s the game of baseball,” Lemonis said. “We had a lot go right for us the first year and this year we had some unfortunate things happen. And we didn’t play great at times, and we are where we are.”

If there was a silver lining, Lemonis said, it’s that Mississippi State’s recent success should make it easier to shake off what is hopefully one bad season. The national championship made the school a national brand in college baseball that players — and coaches — are eager to be a part of.

“It’s never easy doing this, but I coach at a great place. Kids from all over the country want to come to school here. When we get the right ones in there they play hard,” Lemonis said. “We’re very fortunate to be where we’re at. Winning a national championship helps. Everybody knows who we are. We just have to get the right guys in there.”

For only the second time in eight seasons as a head coach, Lemonis had some down time in the last week of May, or at least as much as a Division I college baseball coach can ever have.

He attended the Ferriss Trophy ceremony in Jackson on Monday, where his infielder R.J. Yeager was a finalist. He planned to attend a high school game in the area later that night and likely watched some of the MHSAA championship series at Trustmark Park this week as well.

In between, he shared the simple solution to turning the Bulldogs back in the right direction.

“Good players. Coaching is a little overrated,” he said with a laugh. “The biggest part of our coaching is getting good players. We’re out on the road recruiting. I’m going to a game tonight. We’re doing everything we can to get good players in our program and then we’ve got to build the culture back with that winning attitude.”