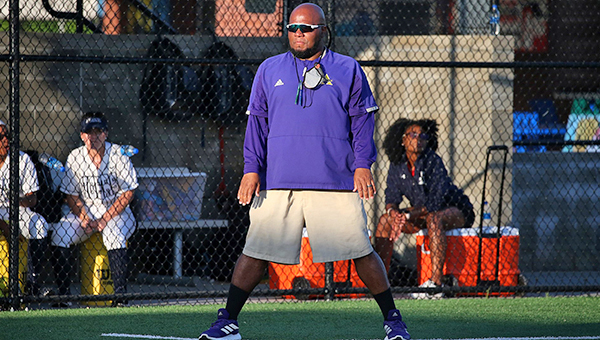 Alcorn State softball head coach Josef Rankin will not return for a ninth season with the program, the university announced. (Alcorn State Athletics)

The school announced this week that head coach Josef Rankin will not return for the 2023 season, ending an eight-year run with the program.

Rankin recently finished his eighth season at the helm of the Lady Braves, compiling a 99-220 record and two Southwestern Athletic Conference East Division regular-season championships in 2017 and 2018.

Rankin inherited a squad in 2015 that had only seven players on the roster, including one pitcher and three walk-ons. The program also faced NCAA sanctions the year prior and had to vacate all of its wins in 2014.

In 2016, Rankin’s second season, Alcorn reached the SWAC Tournament semifinals and he was the league’s Coach of the Year.

Alcorn finished 17-33 this season, 9-12 in conference play, and missed the SWAC Tournament.

A national search is underway for Rankin’s successor. Current assistant and former Alcorn pitcher Ambria Dorsey will serve as interim coach until a replacement is named.

“We thank Coach Rankin for his hard work and dedication to the Alcorn State athletics program,” Director of Athletics Raynoid Dedeaux said in a release. “We wish him well in his future endeavors and will announce a new hire once a search has been completed.”