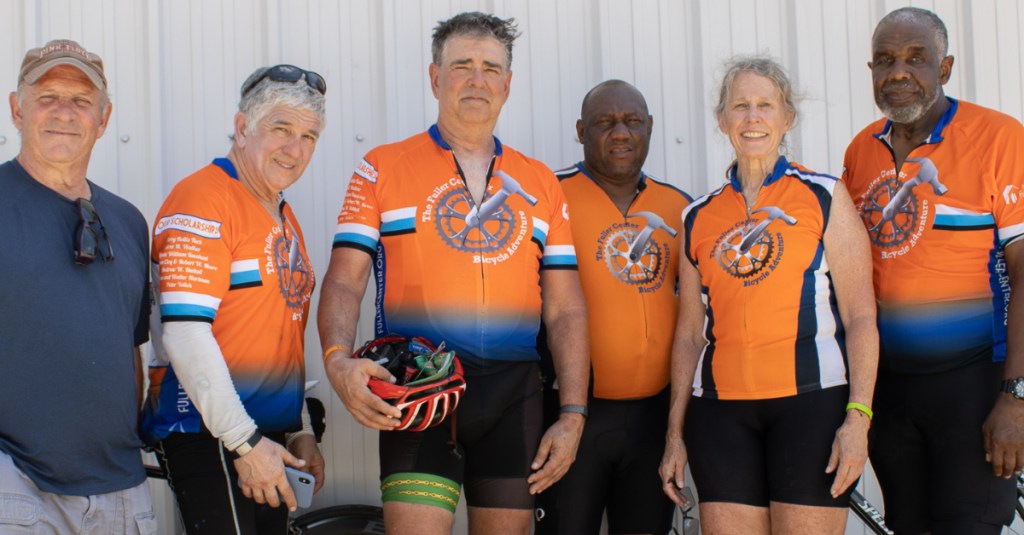 “I’m biking because I’ve always heard of the Underground Railroad, but it’s nice to see it and ride it at the same time,” cyclist David Johnson said.

After a 72-mile ride from Brookhaven, the cyclists made their overnight stop at City Light Church in Vicksburg on Wednesday before leaving out early the following morning pedaling 90 miles to Greenville on Thursday.

“Plus, we’re raising money for the Fuller Center to build houses to pull people out of poverty,” said another cyclist, Mark Murphy.

The Fuller Center for Housing is a nonprofit, ecumenical Christian housing ministry that raises money to build houses for people in poverty. The Bike Adventure is a fundraiser helping generate funds through donations or sponsorships.

“The day we show up, they’ve already got houses, handicapped ramps, roofs, doors, windows — just about a little bit of everything and we come in and it brings some awareness to it to people from the community,” Murphy said.

By traveling at least 63 miles a day, the riders will arrive on the shores of Lake Erie in Cleveland, Ohio, by June 26.