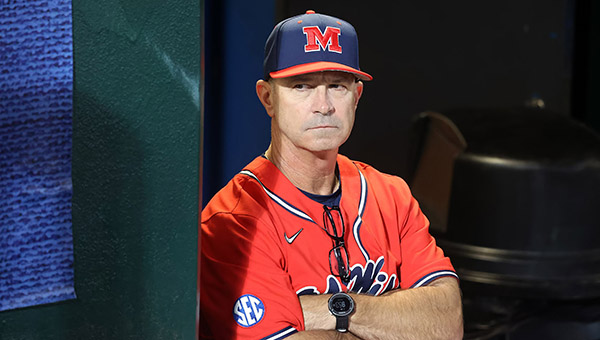 The Miami Hurricanes are the top seed in the NCAA Tournament’s Coral Gables Regional. The bigger concern this weekend is an actual hurricane.

A tropical disturbance that could turn into the first named storm of the 2022 Atlantic hurricane season is forecast to move through South Florida beginning Friday. It’s not forecast to be a strong tropical storm or hurricane, but could turn the NCAA baseball regional on the University of Miami’s campus into a washout.

Friday’s games were moved up several hours in anticipation of bad weather moving in later in the day, and coaches and players from all four teams — Ole Miss, Arizona, Canisius and Miami — were gearing up for a long weekend of weather delays.

“It’s really just staying ready,” Ole Miss first baseman Tim Elko said during a news conference Thursday afternoon. “You don’t know if it’s going to rain before the game or during the game. So you just have to be ready when the whistle blows.”

Friday’s regional opener between Canisius (29-23) and No. 6 national seed Miami (39-18) was moved up two hours to 9 a.m. Ole Miss (32-22) and Arizona (37-23) will begin 55 minutes after the completion of that game. If the weather stays away and the first game moves at a reasonable pace, that should be around 1 p.m. — five hours earlier than the originally scheduled time.

Both first-round games will be streamed on ESPN+. A revised schedule and TV assignments for the rest of this weekend’s games was not immediately announced.

From a strategic standpoint, Ole Miss coach Mike Bianco said the hardest thing to deal with would be juggling the pitching staff. Using a starting pitcher that might not be able to return after an early weather delay could be a crucial decision for all four coaches.

“Certainly you hope that once you start the game there is a big enough window that you don’t burn a starter,” Bianco said.

Bianco noted that the Rebels have had some experience with situations like this and turned them to their advantage.
Last week, they waited an extra six hours to begin their game against Vanderbilt in the Southeastern Conference Tournament. The first pitch was thrown at 10 p.m. and the game ended just before 1 a.m.

On May 13, a Friday night road game against LSU was suspended in the third inning. Starting pitcher Dylan DeLucia only threw 38 pitches before action was halted and was able to come back for four more innings when play resumed on Saturday.

DeLucia shut down LSU when the game resumed to lead the Rebels to a 5-3 victory.

“We’ve had that situation in Baton Rouge where (DeLucia) pitched and bounced back the next day. We’ll have to see what the situation is this time,” Bianco said.

DeLucia’s performance against LSU might have been the difference in Ole Miss making the NCAA Tournament field or not. The victory was part of a series sweep and a six-game winning streak that allowed the Rebels to squeak past North Carolina State for the final at-large bid to the field of 64.

The reward was a trip to Miami and a chance to avenge a bitter defeat. Arizona, their first-round opponent, beat the Rebels in three games in a super regional series last season.

The Rebels, however, said playing a quality Arizona team, and not revenge, was foremost on their minds.

“It wasn’t a huge point of emphasis for us,” Elko said. “We were just excited to play.”