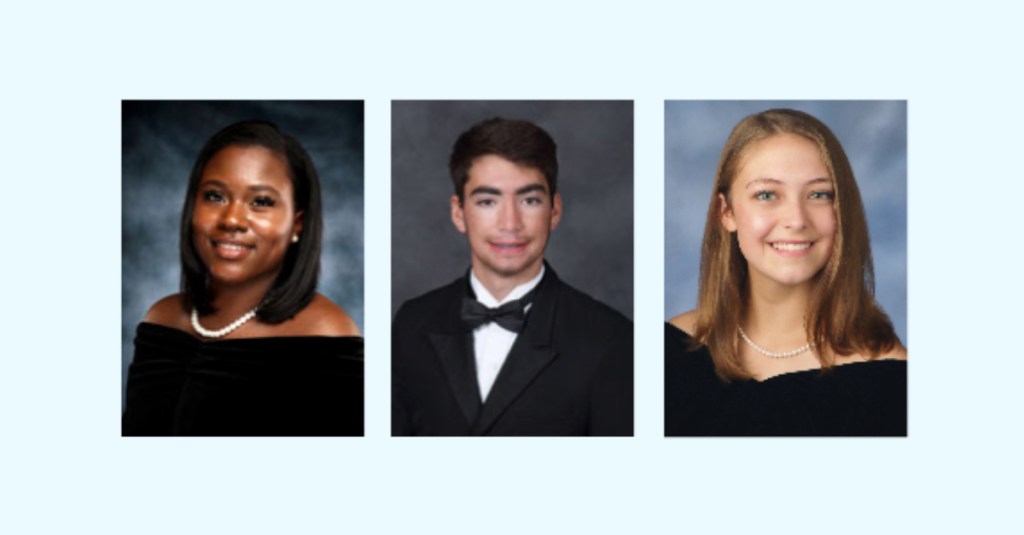 Three students in Warren County were recognized as STAR Students for the Class of 2022.

The STAR Student program is sponsored by the Mississippi Economic Council’s M.B. Swayze Foundation and recognizes the senior in each graduating class with the highest ACT scores.

Johnson, who is the daughter of Patricia Johnson and Carl Johnson Jr., received a 25 on her ACT.

Johnson said she had scored a 23 on her first three tests and had decided she wasn’t going to take a fourth.

“But something in me kept saying, ‘Take it,’” she said. With the last try, Johnson raised her score by two points, giving her the results she needed to become a STAR Student.

As part of being named STAR Student, each recipient names a STAR Teacher as having the biggest impact on them as a student.

Johnson chose Yolanda B. Atkinson, an English teacher at VHS.

“I chose her because she has played a key role in my life since the 10th grade. She pushed me further than I could have gone by myself and reminded me I could do more if I put my mind to it,” Johnson said.

Johnson plans to attend Mississippi State University and major in business administration and minor in marketing.

Byrd, who was also named WCHS salutatorian, scored a 32 on his ACT.

He chose Kristy L. Brannon as his STAR Teacher.

“Mrs. Brannon taught me chemistry and physics. And I chose her because she was able to teach me better than any other teacher I had until that point,” Byrd said.  “And she changed the way I viewed school,” he said.

Byrd is the son of Aaron and Marisol Byrd. He plans to attend Brigham Young University and become an aerospace engineer.

Scoring a 34 on her ACT test, Waisner said she chose Lambiotte, who teaches performing arts, theology and digital media at St. Al, because she encouraged her to continue doing what she loved doing — writing.

“I had just discovered I had a talent and passion for writing, and in performing arts, Mrs. (Lambiotte) gave me my first opportunity to have my writing made public through our class’s one-act play — what we refer to as Flash Features,” Waisner said. “That moment is what really kickstarted the idea that my writing had value and was something to share, and that’s a lesson that’s always stuck with me.”

While most students choose their STAR Teacher from those who taught them in core classes, Waisner did not. She said she chose Lambiotte because she was a teacher who had encouraged her spirit.

“In my junior year, school got far more difficult than I expected. I was constantly exhausted and was becoming burnt out. The only classes that I felt I could take a break in and let my creativity shine without the stress of how ‘good’ the end result would be, were Mrs. (Lambiotte’s) classes. She was the teacher that gave me breathing room and a low-stress environment to relax, which subsequently reignited my drive and passion for learning,” she said.

And for that reason, Waisner said, “She (Lambiotte) was certainly the most influential teacher in my high school career, and that is why I chose her.”

She is the daughter of Scott and Eileen Glynn and plans to attend the University of Mississippi.