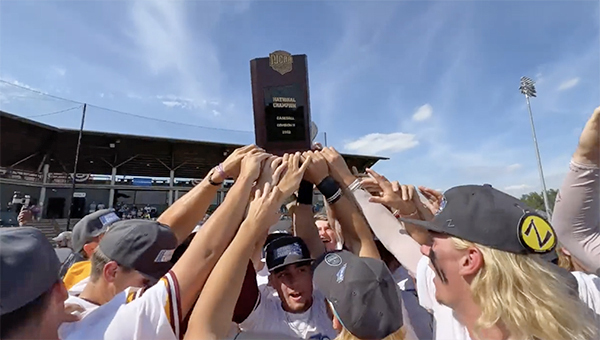 ENID, Okla. — Pearl River Community College spent the entire baseball season ranked in the top five in the country.
It can forever brag that it finished at No. 1.

Pearl River scored in each of the last four innings and surged past Madison College (Wisconsin) to win 7-2 in the deciding Game 3 of the NJCAA Division II World Series championship series on Saturday.

Pearl River (45-11) won its first baseball national championship, and is the second Mississippi team to win one. Jones College won the Division II title in 2016.

The Wildcats spent most of the past month as the top-ranked team in Division II, and won five of their six games at the World Series. The only loss came in Game 1 of the championship series against Madison (49-11), but they avenged it by cruising to a 19-1 victory in Game 2 and then rallying in the middle innings of Game 3.

Madison took a 2-0 lead in the bottom of the first inning on a two-run home run by Zach Storbakken, then did not score again. Pearl River pitcher Cole Tolbert allowed five hits and one walk in seven innings, and struck out 11 batters.

Reliever Turner Swistak allowed one hit and no runs over the last two innings.

Madison starter Jacob Wilde kept Pearl River off the board until the sixth inning. Tate Parker hit a two-out, solo home run, and then the next two batters reached base. Ian Montz followed with a two-run single to give the Wildcats a 3-2 lead, and they pulled away from there.

D.K. Donaldson drove in two runs with a seventh-inning single. Montz singled and scored on a balk in the eighth, and Alex Perry capped the win with a solo homer in the top of the ninth.

Donaldson finished with three hits, while Montz and Perry had two each.