GUEST COLUMN: Honoring Juneteenth this month and beyond 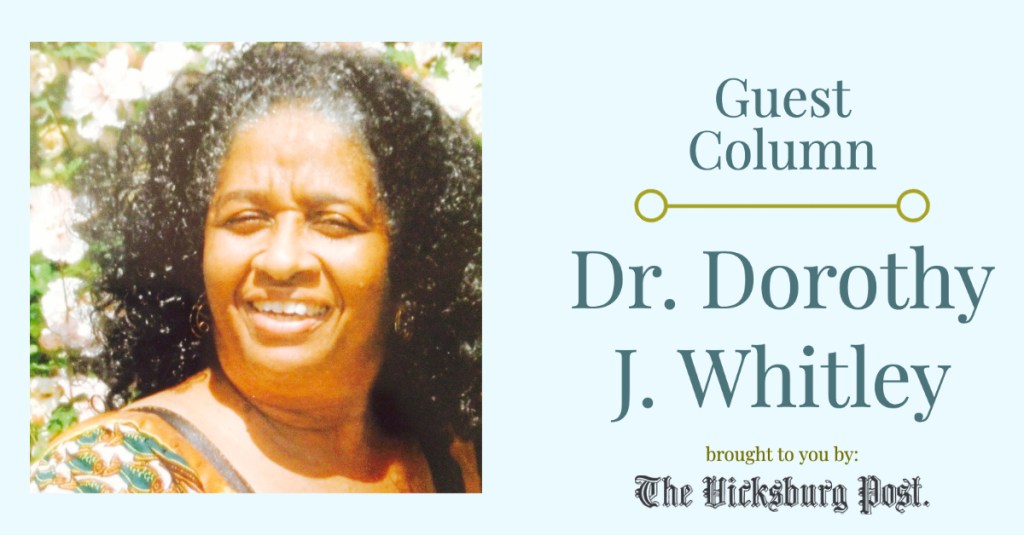 On June 18, citizens of Vicksburg will recognize a federal holiday called “Juneteenth” (officially June 19), and most federal employees have the day off.

Juneteenth was signed into law as Senate Bill 475 and is celebrated as a federal holiday in the United States commemorating the emancipation of enslaved African Americans.

First, let’s look at this closely. Why is it called Juneteenth and why was the news so late in reaching enslaved African Americans in Galveston, Texas? It’s called Juneteenth because it refers to the date of the holiday — put them both together you have June and nineteenth, Juneteenth.

Let’s look at the history: the Emancipation Proclamation extended freedom to slaves in the Confederate States that were still under open rebellion. The history of the holiday describes that in 1863, during the American Civil War, President Abraham Lincoln issued The Emancipation Proclamation declaring more than 3 million slaves living in Confederate states be free. More than two years would pass when the news reached enslaved African Americans living in Texas.

Emancipation did not happen all of a sudden; some slave owners withheld information until after harvest season (cotton) was over. On June 19, 1865, slaves were still living in Galveston, Texas. When the Federal troops led by General Gordon Granger arrived in 1865, it was then that the troops ensured that all enslaved people be freed. That’s why Juneteenth is celebrated with singing, fasting, dance and prayer.

Secondly, I applaud the celebration and the significance of its meaning. That’s why history is one of the key subjects that should be required in classroom curriculums because knowing one’s cultural history helps students understand and respect each other.

And thirdly, and most importantly, I have a true story to tell you. It’s a story about Juneteenth. The location took place in front of the Vicksburg City Auditorium in 1993. Here’s what happened.

Finally, let me describe how Juneteenth took place. For the first time, hundreds of people attended. There were vendors sharing their colorful materials, African attire, booths with educational materials inside and outside, a flatbed truck was used for entertainment, (how creative was that) food, speakers, lots of children, and most of all there was diversity and unity. The committee members who organized the event came from various backgrounds such as devoted friends, educators, artists, carpenters, musicians, church members, local businesses (from public and private sectors), visitors from out of town, a medical booth and ministers. All committee members contributed their creative and professional skills. In addition, most of the original committee members can attest to when that glorious event was held.

I write this for the youth in particular because it’s important to let the truth be known.

As a parent, grand-parent, and educator, we must teach our children to always seek the truth.

Vicksburg resident Dr. Dorothy Whitley the wife of Mr. Tillman Whitley. She is an adjunct professor at Jackson State University.

SURRATT: Time to remember what the Declaration of Independence stood for