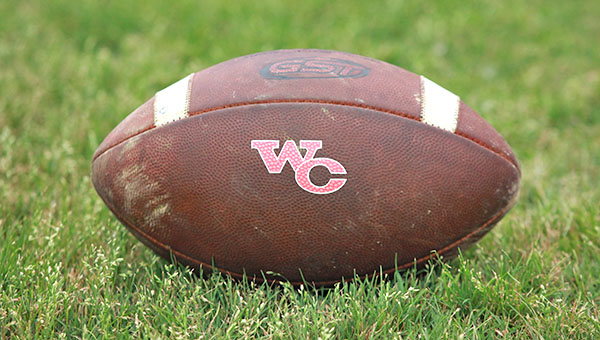 Last week I wrote about the history of St. Aloysius’ Virgadamo Award, which honors a former student who died in the Korean War.

This week, I figured it’d be good to recognize a scholarship and award honoring someone who made his mark on the world in a far different way.

Carl Blue played running back for the great Warren Central teams of the late 1970s. An awe-inspiring physical specimen on the field, he showcased a blend of strength and speed that has rarely been matched. He rushed for 4,196 yards and 45 touchdowns while leading the Vikings to a couple of undefeated seasons and sparking fantastical stories that survive more than 40 years later.

Off the field, however, Blue’s life was a tragic trainwreck.

Blue’s face was scarred in a fire at a young age, and he lost both of his parents as a teenager. The anger and pain he felt found an outlet on the football field, but only for a few hours a week. After his football career ended following a few seasons at Jackson State, Blue tried to ease the pain with drugs.

“I was on crack for a little bit. Five or six months,” he said in an interview in 2016. “I got to a point where I knew my life wasn’t going right.”

Blue turned to God and got his life on track. He never shied away from his struggles, and used them to try and help others after finally conquering his own demons. He became active in his church in Tennessee, reached out to former friends and teammates to check on their lives, and was married to his wife Cara for nearly 30 years.

The angry young man had fully transformed into a compassionate, peaceful adult who fully understood the hard path he had to navigate to get there.

“I had to go through what I went through,” he said in 2016. “Some people have to get to the bottom before they can submit to God.”

Blue died in November 2017, at the age of 56, following several years of health issues. His memory lives on, however.

Blue’s friends and teammates have established the Carl Blue College Scholarship. Given in conjunction with the annual Red Carpet Bowl scholarships, it is a $1,000 award to a Warren Central football player to keep Blue’s legacy alive — not just as a football player, but as a man.

The first recipient is Floyd Davenport, a senior linebacker who has signed to play at Mississippi Delta Community College. He’s a fine young man who appears to embody the values the scholarship’s founders had in mind.

Hopefully Davenport never has to endure all of the personal hardships in life that Blue did, and can live up to the lasting legacy of one of this city’s sports legends.