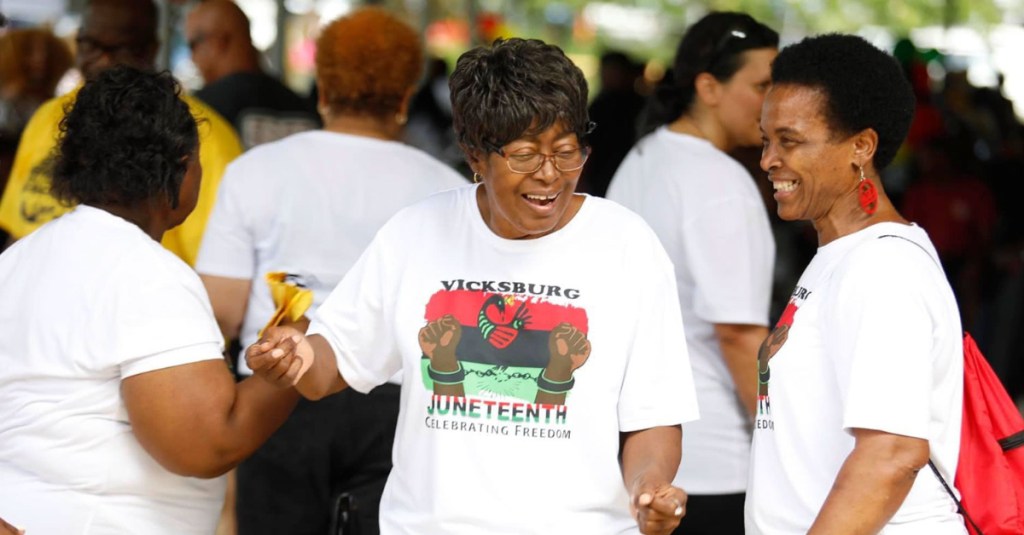 The theme for this year’s event is “Celebrating Freedom,” and Juneteenth Heritage Festival Committee Treasurer Bobbie Bingham Morrow said, attendees are in for a fun and educational time.

“There is a lot to learn,” Morrow said. “It is an excellent opportunity for us to unite under one cause: to celebrate some of the history of this country and to do it in an environment where we have law enforcement, citizens and community leaders.”

The event traditionally begins with a ceremonial African-style drum and dance performance, as well as the offering of a libation. From there, the history of Juneteenth is read aloud, followed by the Emancipation Proclamation.

Juneteenth came about as the Civil War came to a close in 1865. A number of people remained enslaved, especially in remote areas. Word of slavery’s end traveled slowly, and for those who were largely isolated from Union armies, life continued as if freedom did not exist. This was especially the case in Texas, where thousands of slaves were not made aware of freedom until June 19, 1865, when Union Gen. Gordon Granger arrived in Galveston and issued an order officially freeing them. Their celebration would serve as the basis of June 19 — or Juneteenth — a holiday celebrating emancipation in the United States.

In addition to the festival’s educational programming, attendees can also expect children’s activities ranging from poetry contests to kickball tournaments and prizes. Another aspect of the community cultural event, Morrow said, is the arts vendors, entertainers and food vendors that frequent the festival.

“We do have some new artists lined up, including Mr. Dennis Fountain, a group called the Christian Harmonizers out of Claiborne and Jefferson counties, Mr. Thomas Murray and Ms. Ola Jones Clark,” Morrow said. “We also have dozens of local businesses, craftsmen and artists who will have booths set up for this event.

“It’s a good group of people who are willing to share their expertise,” she added. “Don’t forget the food vendors and people celebrating their arts and crafts — there is something for everybody at Juneteenth”

Notably missing from this year’s Juneteenth Heritage Festival will be Ezell Matthews McDonald, who died in July 2021. McDonald was an early organizer of Juneteenth celebrations in Vicksburg’s Black community, and her legacy is something Morrow said will be honored at this year’s event.

Vicksburg’s first Juneteenth Heritage Festival occurred on June 19, 1993, on Monroe Street. Six years later, on June 19, 1999, spearheaded by McDonald, a local businesswoman who focused on African American culture, history and traditions, the second Juneteenth Celebration was held in Marcus Bottom. Since the 1999 Festival, for the past 22 years, Juneteenth has been celebrated in Vicksburg at various churches and locations.

“We are going to pay tribute to Mrs. Ezell Matthews McDonald. She has been the key person in Vicksburg who has ensured that over the last almost 23 years we have had a Juneteenth celebration in the city,” Morrow said. “Ezell was here with us last year, and we miss her, because she had such a significant influence.”

This year’s event will take place from 10 a.m. to 7 p.m. at Halls Ferry Park, 130 Halls Ferry Park Road, in Vicksburg. Admission to this event is free. For more information, email vicksburgjuneteenth@yahoo.com.