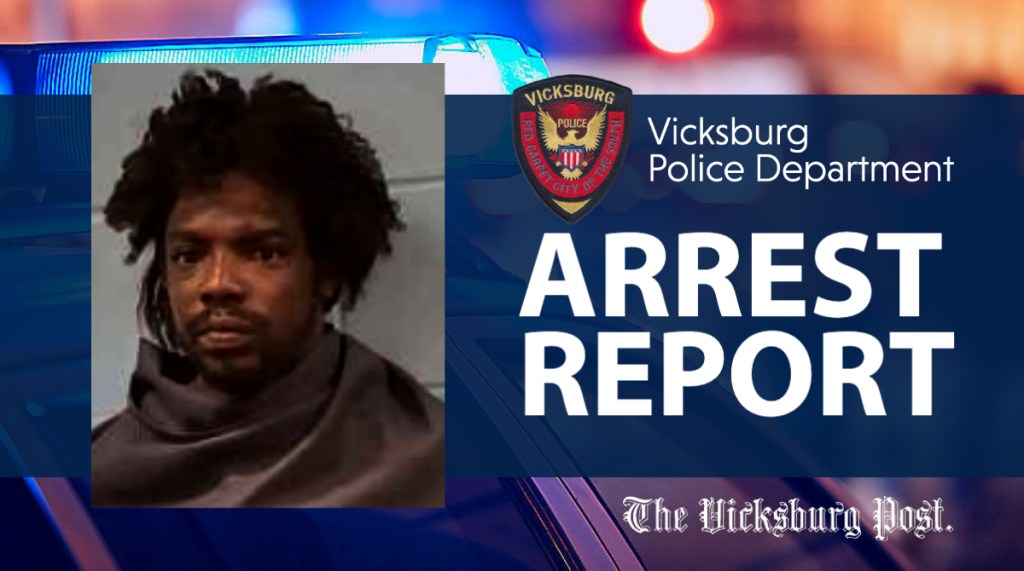 A Vicksburg man was arrested in the early morning hours on Monday following a stabbing incident on Sunday night.

According to the Vicksburg Police Department, Levon Pinckney, 32, was arrested at 1:52 a.m. and charged with aggravated assault related to the stabbing of another man on Speed Street the previous night. Pinckney appeared before Judge Angela Carpenter in Vicksburg Municipal Court on Monday, where he was bound over to the Warren County Grand Jury on a $50,000 bond.

In other unrelated reports, at 1:40 a.m. on Sunday, officers with the VPD responded to Bally’s Casino, 1380 Warrenton Road, in reference to an assault.

The victim stated a Black female had struck her in the back of her head with a hammer, causing a laceration. This case is under investigation.