LOOKING BACK: The playhouse that saved Vicksburg entertainment 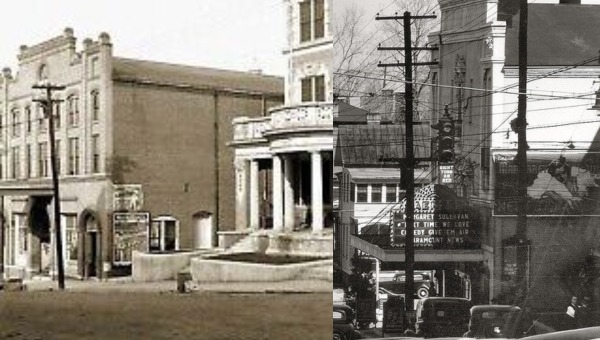 In April 1898, Vicksburg’s opera house burned, leaving the city without a playhouse.

The Vicksburg Dispatch reported that “many first-class theatrical companies will soon be making their contracts for the next Fall and Winter season. Unless Vicksburg gets a move on herself, and a new opera house is contracted for, so that bookings can be made with first-class companies, we will have no attractions here.”

Two groups then took up the cause to build a new theater — the Lee Lodge Knights of Pythias and Tom Searles and Associates. Both were asking Vicksburgers to pay subscriptions that would be used to build the building.

Searles won out and the paper reported in October that “after taking a look at the location of the new Vicksburg theater, we are confident it is an excellent one. It is very nearly the center of the city, one square from Washington Street, on Walnut and one-half square from the Carroll Hotel.

“It is therefore very convenient for residents and visitors. Where it will be located, the building can be made so safe from fire, or accident, that panic of any kind should be impossible during a performance if an accident of any kind should occur. It is not crowded in a brick block as would be the case on Washington Street, and will therefore have all necessary exits on the front, rear and sides.

“For the same reason, it can be more excellently ventilated and can be used at all seasons of the year. As it is not on a corner lot, the sides and rear of the building will not have to be ornamented, and the money that would be used that way on a corner lot structure can be expended on the front and interior of this one.”

The contractor was George H. Johnson and the supervising architect was F. Button, both from St. Louis. The building was steam heated and had electric and gas lighting. It had a seating capacity of 1400 people and according to the Dispatch, “there were plenty of exits and that in case of a fire an audience, no matter how large would be able to get out of the house in a very limited time.”

So as not to miss upcoming attractions, Searles secured the Southrons Armory, built a stage and seating, and began contracting with traveling shows, the first presented in November 1898. Work continued rapidly on the new theater with the majority of the labor being provided by local subcontractors and the overseeing by people from St. Louis.

The grand opening was on April 26, 1899, and featured a double bill by the Andrews Opera Company of New York performing “The Cavalleria Rusticana” and “The Pirates of the Penzance.”

A wide variety of acts were enjoyed by Vicksburgers including the Weidemann Comedians; Mr. Montaville Flowers, an Impersonator; a recital by Corinne Moore Lawson; minstrel shows; Maro the Magician; “The Three Musketeers”; “Julius Caesar”;  the Arabian Nights and “Alice in Wonderland.”

In addition to professional acts, the theater was used by local schools for their plays and graduations, political rallies, club meetings and even a Valley Fashion Show in 1923. There were movies as well including “The Crisis” in 1917, which was filmed in Vicksburg.

One of the most interesting acts was the Great Madison Square Cycle Whirl in 1902, which featured a wood oval that cyclists rode on the inside of. An article in the Vicksburg Herald reminded its readers that Manager T.M. Searles, of the Walnut Street Theater, had asked his patrons the following: “Ladies must remove their hats, chewing tobacco not permitted, no smoking, ladies will confer a favor by not beginning to put on their hats until the last act is over and gentlemen will kindly remain in their seats until the curtain falls.”

In 1921, the theater was owned by the Saenger Amusement Company, which also owned the Alamo and the Bijou at the time. Around 1924, the front of the theater was updated and the rear was extended a bit further to the east. The building was destroyed by the 1953 tornado, killing five children. The lot is now a modern building and a parking lot.

LOOKING BACK: A classic example of Vicksburg pierced columns

ON THE SHELF: Large-Print Fiction titles for your reading list