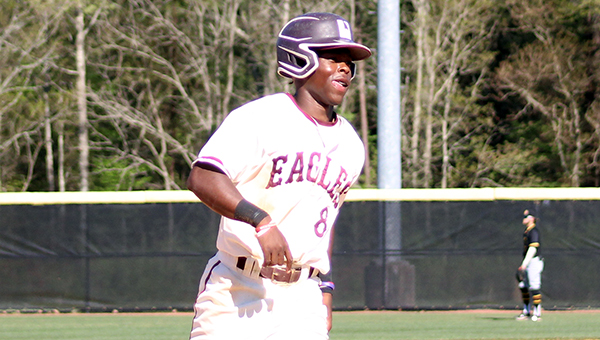 Vantrel Reed wrapped up his run at Hinds Community College with one last bit of major recognition.

The former Warren Central star was named a second-team NJCAA Division II All-American, adding the honor to the All-MACCC and All-Region 23 awards he had previously earned.

Reed, a sophomore shortstop, led Hinds and ranked fourth in the Mississippi Association of Community Colleges Conference with a .419 batting average. He was second in the state with 54 RBIs, hit 12 home runs and scored 55 runs in 48 games.

Reed led Hinds to a 30-18 record and a berth in the NJCAA Region 23 tournament. The Eagles were ousted by eventual national champion Pearl River Community College.

Reed has signed to play at LSU-Shreveport next season.

Reed was one of seven Mississippi players selected to the NJCAA Division II All-America team.

Northeast Mississippi pitcher Colby Holcombe was on the first team. Holcombe was also the MACCC Pitcher of the Year after setting a school record with 115 strikeouts in 12 starts.

Holcombe, a Mississippi State signee, led the MACCC and ranked fourth in the country in strikeouts. He had seven double-digit strikeout games and threw four complete games.

Meridian Community College’s Brock Butler and Bo Gatlin were both on the third team. Butler had a .403 average, eight home runs, 51 RBIs and 18 doubles. Gatlin batted .411 with a team-high 12 home runs and 54 RBIs.