LOOKING BACK: The Groome Home holds sad past for namesake family 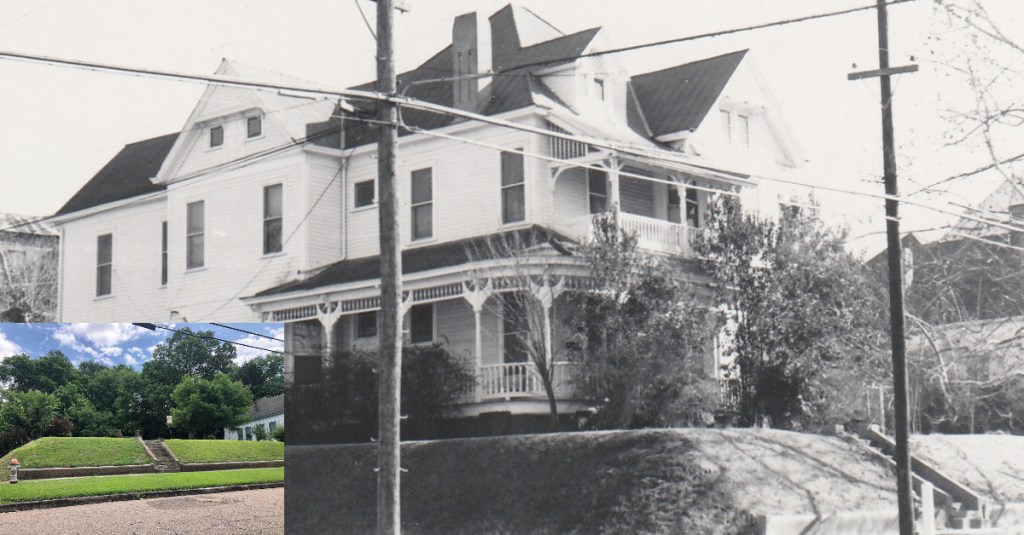 The Groome House, formerly located at 701 Farmer St., was built in 1898 for William and Theresa Groome and their eight children. INSET: The site of the Groome House is now an empty lot, with only the home’s front walkway remaining. (Photos Submitted)

This magnificent Queen Anne, formerly located at 701 Farmer St., was built in 1898 on the southeast corner of Farmer and Randolph streets by William Groome.

It was designed by J.W. Gaskill and constructed by the Spengler Company. The Groome family was a very large one, with William and Theresa rearing six daughters and two sons. William Groome was a native of London, England who moved with his family to Vicksburg when he was 6 years old.

He was in the job printing business and eventually purchased an interest in the Vicksburg Herald. He was an active member of the Constitution No. 1 volunteer fire department, rising to the rank of chief. He was also appointed Vicksburg postmaster at one point and then county treasurer in March 1898.

He was a Confederate veteran and a member of the Knights of Columbus, the Vicksburg Topographical Union and the board of trustees of St. Paul Catholic Church.

The two remaining children, Belle, who was married to Charles Bitterman, and Dennis lived to 1937 and 1939, respectively. There is no record as to the nature of the illnesses that these family members died from, but perhaps the water collection system in the house was lined with lead.

By 1924, Mathias and Sadie Melsheimer and their son, Matt Jr., called the big house home. Father and son both worked at Melsheimer Cotton Company. Also in the house in 1929 were Richard Melsheimer, a surveyor, and Marion Melsheimer, a “stock up” person at Woolworth and Co.

In 1939, Mathias and Sadie and Edwin (a student) Melsheimer lived in the house. By the 1940s, the house appears to have become an apartment house and it was demolished in the 1970s.

SURRATT: Time to remember what the Declaration of Independence stood for