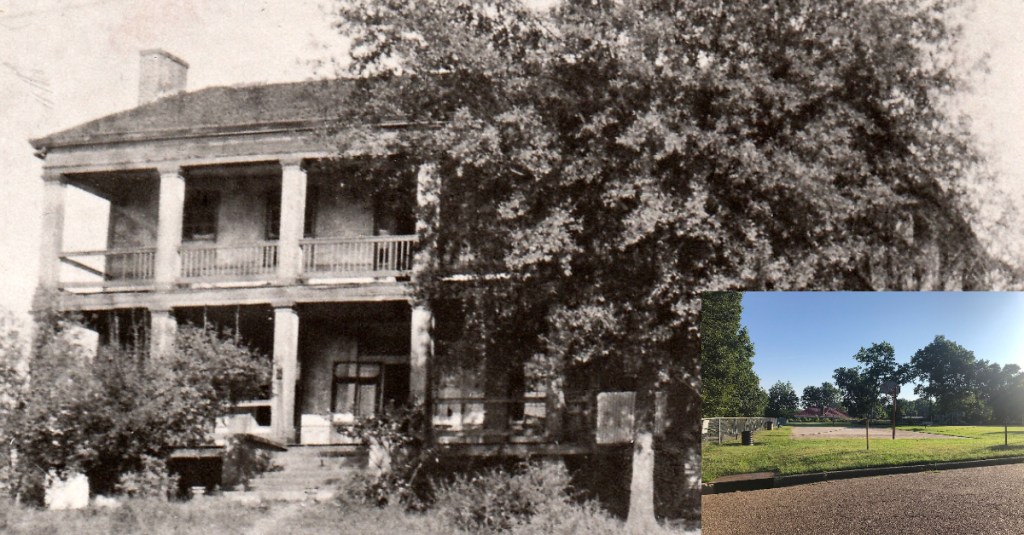 The Green House, located on Farmer Street, was constructed in the 1850s by Joseph Green. A city park now occupies the site of the Green Home. (Photos Submitted)

This large Greek Revival house was located on the northeast corner of Farmer and Randolph streets.

It may have been built by Joseph Green in the 1850s. The 1866 city directory records that Joseph H. Green and W.L. Green lived in the house in that year. Joseph was a farmer and W.L. was a clerk at J. Hornthal.

W.L. was killed in a bar fight in 1879 along with Capt. W.H. Andrews after an argument with Gen. W.F. Fitzgerald over who was the better president of the Howard Association. Apparently, when Green started to draw his pistol, Fitzgerald did as well and was faster and shot Green in the heart.

Andrews then dropped and drew his pistol firing at Fitzgerald, hitting him, but Fitzgerald fired another shot hitting Andrews in the head, killing him.

By 1886, the house was the home of Joseph W. Short and his wife, Ella Rebecca, and her mother Mrs. M.A. Clark (widow). Joseph Short owned a wood yard at that time but had also been the city clerk in 1870 and the circuit court clerk in 1874. He was also a member of the Knights of Pythias George Washington Lodge #4.

GUIZERIX: Cheering for our hometown girl this week