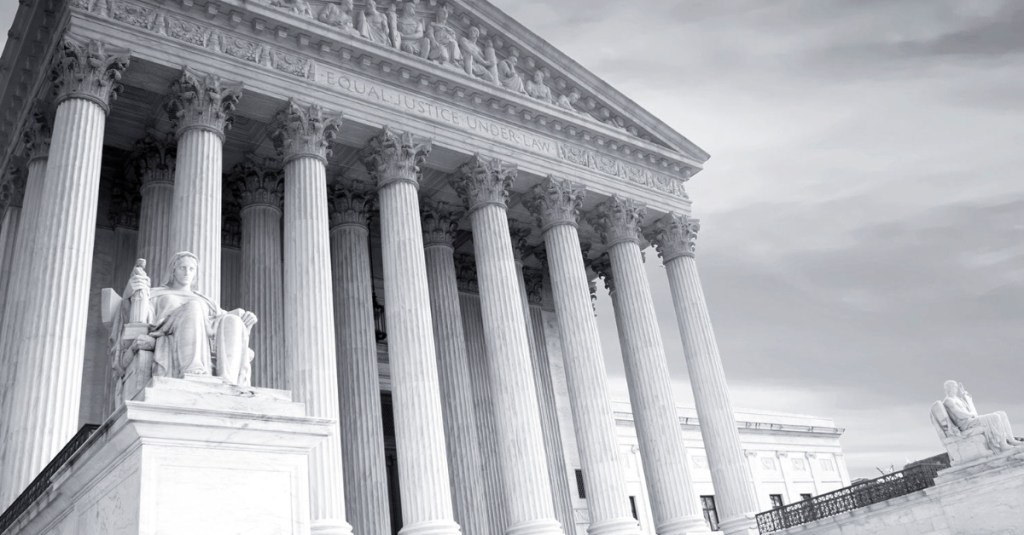 The Supreme Court of the United States (SCOTUS) handed down its ruling in the landmark Dobbs v. Jackson Women’s Health case on Friday morning, thus overturning Roe v. Wade and effectively ending constitutional protections for abortion in the United States.

Within minutes of the announcement, many of Mississippi’s elected officials and organizations issued statements on the court’s decision.

Republican Mississippi Gov. Tate Reeves was one of the first to speak out in favor of the ruling, praising his state for overcoming “one of the greatest injustices in the history of our country.”

“Our state’s historic case before the United States Supreme Court was the catalyst for overturning Roe v. Wade and has made the nation safer for children than it was just a few short hours ago,” Reeves said in a statement. “Let’s be clear: this decision will directly result in more hearts beating, more strollers pushed, more report cards given, more little league games played, and more lives well lived. It is a joyous day! Tomorrow, we will wake to a new world, enthusiastically prepared to take on the challenges ahead and to take every step necessary to support mothers and children.

“We must remember that our work is not yet over. The pro-life movement must dedicate itself to ensuring mothers and their babies receive the support they both need during pregnancy and after,” Reeves added. “Despite what some may claim, Mississippi’s objective was never simply to win a court case – it’s been to create a culture of life across the country.

Reeves concluded his statement by saying he applauded the Supreme Court Justices for issuing a “well-reasoned decision” and that he is praying for Americans to come together and debate the issue peacefully through respectful conversation.

“Roe v. Wade has been a terrible stain on our nation for too long. I am grateful to God for His divine guidance in the Supreme Court’s decision on Dobbs,” Hyde-Smith said. “By effectively overturning Roe v. Wade, the United States will step away from the notion that aborting a baby must be allowed on-demand and up until the birth. Today, the Dobbs decision stands as an affirmation that states can take action to protect both the preborn and their mothers.

“The decision does not outlaw abortion, as some pro-abortionists contend. But it is a significant departure from Roe in that the people, through their elected leaders, will guide how each state approaches abortion, rather than a nationwide policy set by unelected judges,” she added. “As we move forward as a nation, I believe greater attention should be paid to the needs of pregnant women and their babies.”

“This is a momentous day for our nation, and Mississippi led the charge. This decision is an answered prayer, marking the beginning of the next chapter in our fight to protect the unborn,” Wicker said. “The Court’s ruling confirms what many legal experts have known for decades — that Roe v. Wade was wrongly decided and the power to set abortion policy should rest with the people and their elected representatives.”

After years of advocacy, Wicker, along with other members of the Mississippi delegation and the Pro-Life Caucus, led an amicus brief to the Supreme Court urging the U.S. Supreme Court to uphold Mississippi’s law protecting life.

One organization that immediately spoke out against the Dobbs v. Jackson Women’s Health ruling was the ACLU of Mississippi.

In its statement, the group called the ruling “shameful.”

“After today’s decision, Mississippi politicians are getting ready to turn back the clock nearly 50 years on our fundamental rights and force women and everyone who can become pregnant into a second-class status, putting Mississippi on the wrong side of history, once again,”  said Jarvis Dortch, executive director at ACLU of Mississippi.

“Make no mistake: Politicians won’t stop here. The same anti-abortion extremists seeking to control our bodies are coming for our right to access birth control and gender-affirming care, marry who we love, and vote. The path to taking back our rights is long, but the ACLU will be there every step of the way until we all have the power to make the best decisions for ourselves and our families,” said Vara Lyons, policy counsel at ACLU of Mississippi.

Mississippi Attorney General Lynn Fitch said she was “grateful” to the six Supreme Court Justices who voted in favor of the ruling.

“Today marks a new era in American history — and a great day for the American people. Roe v Wade is now behind us, consigned to the list of infamous cases that collapsed under the weight of their errors. This decision is a victory not only for women and children, but for the Court itself,” Fitch said. “I commend the Court for restoring constitutional principle and returning this important issue to the American people.

“Now, our work to empower women and promote life truly begins. The Court has let loose its hold on abortion policymaking and given it back to the people. The task now falls to us to advocate for the laws that empower women — laws that promote fairness in child support and enhance enforcement of it, laws for childcare and workplace policies that support families, and laws that improve foster care and adoption.”

“The Court’s decision today returns the right to protect the unborn to the states. Mississippi is a leader on this critical issue, with a law already in place that will prohibit abortion,” Hosemann said. “I am pro-life. I am also pro-child. In addition to protecting the unborn, we must also focus on other ways to support women, children and families.”

This is a developing story. More statements will be added as they become available.