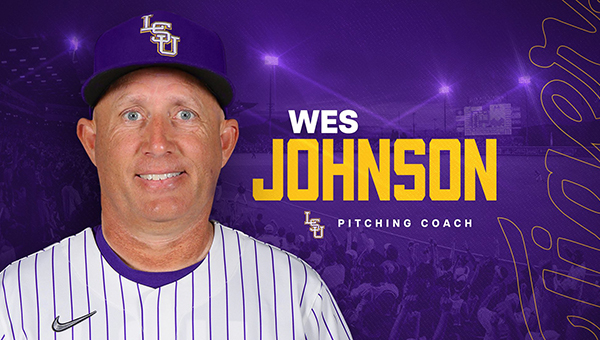 MINNEAPOLIS (AP) — The Minnesota Twins must make a midseason change to a vital role on their field staff, with the sudden departure of pitching coach Wes Johnson for a lucrative college job at LSU.

Before opening a five-game set at AL Central rival Cleveland on Monday, the Twins announced that Johnson will work the series against the Guardians through Thursday. The 50-year-old will then return to his roots in the powerhouse Southeastern Conference and join the Tigers.

The Twins, who lead the Guardians by two games in the division race, were still working to address how Johnson’s job would be filled. Bullpen coach Pete Maki and assistant pitching coach Luis Ramirez figure to play a major part in replacing Johnson.

“His leadership, insight, creativity and ability to effectively work across a diverse team were hallmarks of his time with the Minnesota Twins,” president of baseball operations Derek Falvey said. “His influence and impact will continue to be realized in Minnesota through the pitchers and staff members he helped mentor.”

The midseason move by a key assistant from a first-place team was startling, but Johnson’s arrival in 2019 was also unusual. He was widely believed to be the first college pitching coach to jump directly to the major leagues when the Twins hired him from Arkansas, which was the national runner-up in the 2018 College World Series.

Johnson spent nine seasons as a college pitching coach before the Twins plucked him with a keen eye on his background in biomechanics. He has a master’s degree in kinesiology.

Johnson, who was born in Atlanta and raised in Arkansas, where he has has kept an offseason home, also had stops at Mississippi State, Dallas Baptist and Central Arkansas. He was a high school coach before entering the college ranks.

At Mississippi State in 2016, Johnson produced six pitchers that were selected in the MLB Draft, most notably Dakota Johnson as the 34th overall selection by the St. Louis Cardinals. After Mississippi State won only eight SEC games the season prior to Wes Johnson’s arrival, the 2016 Bulldogs captured the SEC regular-season title and advanced to an NCAA Super Regional.

Johnson presided over pitching staffs for division champion teams in his first two years, and the Twins have returned to the top of the AL Central this season with a 3.78 team ERA that ranks 11th in the majors. The Twins ranked 26th in ERA last year, fourth in 2020 and ninth in 2019 while Johnson was in charge of the staff.

The Twins set a single-season club record with 1,463 strikeouts in 2019. José Berríos and Jake Odorizzi were All-Star selections in 2019, and Taylor Rogers made the team in 2021. Twins pitchers routinely praised Johnson’s energy, positivity and wisdom, as recently as Saturday night when Chris Archer threw five shutout innings with one hit allowed to Colorado.

“Wes is one of my biggest advocates,” Archer said after the 6-0 win at Target Field. “We do a lot of work, mental and physical, in between starts.”

The Athletic reported that Johnson will receive a hefty raise at LSU, which announced the move on Monday. The Tigers are one of only three schools that have won six national championships, all of which were accumulated between 1991 and 2009. They’ve made the College World Series 18 times, most recently in 2017.

Coach Jay Johnson just finished his first season at LSU, which went 40-22 and was eliminated by Southern Miss in the final game of their NCAA regional, and has lost two staff members to head coach promotions at other power conference programs. Assistant coach and recruiting coordinator Dan Fitzgerald went to Kansas, and pitching coach Jason Kelly went to Washington.

“I believe Wes will help us recruit and develop a large number of future Major League pitchers at LSU and form them into a dominant staff for years to come. This is a huge day for LSU Baseball,” Jay Johnson said in a statement.