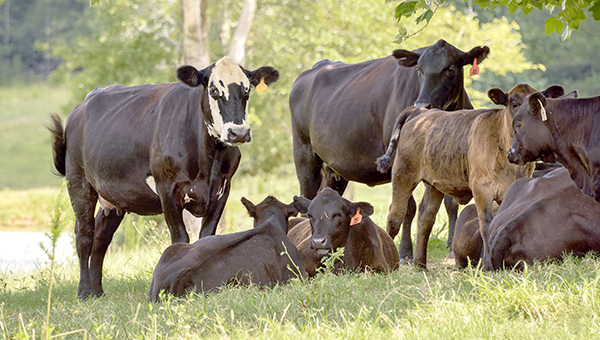 While loose cattle is not a new problem in Warren County — or rural Mississippi as a whole — the Board of Supervisors on Monday discussed appropriate protocol for managing stray livestock.

Since May 12, more than 18 calls have come through the Warren County E911 dispatch center, not including calls made directly to the Warren County Sheriff’s Office or to the Vicksburg-Warren Humane Society. As the county’s contracted animal service provider, the humane society deals with most stray animals outside of Vicksburg city limits — but not livestock.

It’s an issue Board of Supervisors President Kelle Barfield said she’s become familiar with over the last week, thanks to a particular rash of calls spurred by livestock wandering onto private property and public roadways.

“The sheriff has some authorization under state law, but the sheriff has to determine if these are indeed the property of a private owner, and there are questions as to whether they can go onto private property,” Barfield said. “Essentially, they have to hire a cowboy to lasso the cows. And a cowboy today goes for $125 an hour, in case you weren’t sure. We have two cowboys in Claiborne County.

Mississippi’s General Stock Law Statute No. 69-13-1 states that cattle owners are required to keep their animals penned, but that’s not always what happens.

In addition to a set of loose cows in the area of Fisher Ferry Road, District 1 Supervisor Edward Herring mentioned a “weekly issue” with cows in the Oak Ridge Road area blocking the roadway.

Sheriff Martin Pace offered his own explanation of cattle management methods in the county. Most of the time, he said, deputies are successful in relocating cows to their proper enclosures.

“Cattle on roadways is certainly not a new problem. Warren County, like many others in Mississippi, is a fairly rural county where people do own cattle or horses,” Pace said. “When we receive reports of cattle on roadways we dispatch deputies to round up the cattle and clear the roadway and in most cases, we are successful in helping the owner return the cattle to where it belongs.

“It is a public safety issue when you have cattle or horses on a public roadway,” Pace added. “But in rural areas such as Warren County, it is not a new or unusual occurrence.”

Georgia Lynn, executive director of the Vicksburg-Warren Humane Society, also acknowledged that loose livestock is a persistent issue in the county. However, she said, it doesn’t fall under the scope of her organization.

To put it simply, Lynn said, wrangling cattle requires a specific skill set: someone who knows their way around a lasso.

“When you’re dealing with livestock, even with a horse in a trailer it has to be taught to load,” Lynn said. “Cows are a whole different breed, and these cows are at-large. They’re in the road, on the side of the road, in someone’s yard. You’re going to have to have someone on horseback who can rope and ride.”

Lynn also provided the county and sheriff’s office with contact information for two cowboys in Claiborne County, who in addition to their regular rate, also keep the meat in the event they’re called to catch a stray cow.

If Warren County residents have stray cows on their property, they are advised to call 911, and a sheriff’s deputy will respond to the scene for assistance.