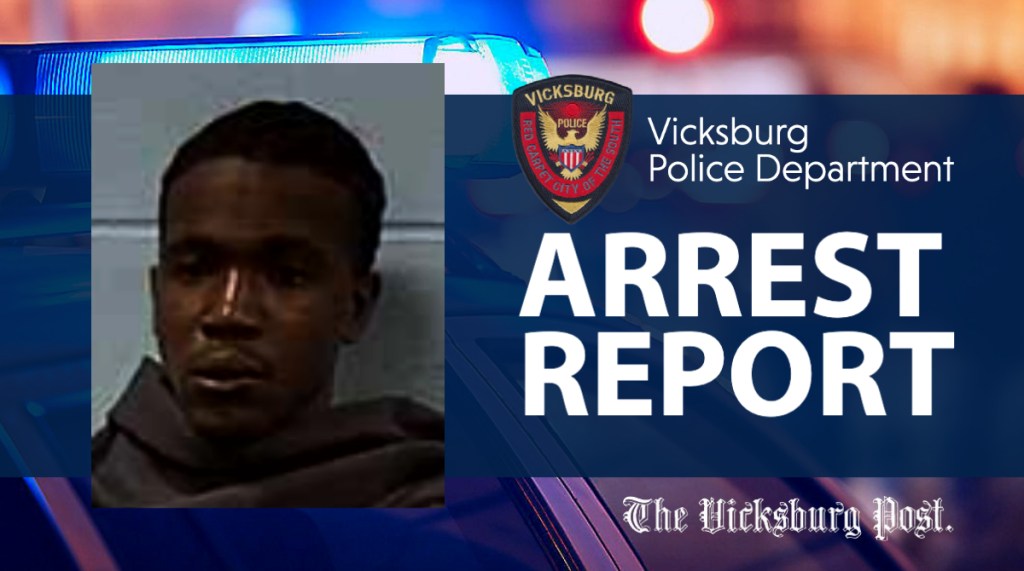 The Vicksburg Police Department has released information on a felony arrest and other reported crimes between Thursday, June 23 and Monday, June 27.

One arrested for aggravated assault of 58-year-old man

Demichael Jones, 29 of Vicksburg, was arrested on a warrant for aggravated assault on Saturday, June 25.

The warrant was issued following an incident that occurred on June 23 in which the victim, a 58-year-old man, had suffered broken bones in both hands and a large bruise on his left leg.

Jones appeared before a judge on Monday, June 27. His bond was set at $45,000 and he was bound over to the Warren County Grand Jury.

Officers were dispatched to an address in the 1200 block of Jackson Street last Thursday in regards to a report of a theft.

The victim stated he was missing a strong box containing approximately $3,000. The case is currently under investigation.

Officers responded to the Halls Ferry Park in reference to an auto burglary at 10:07 p.m. last Thursday.

The victim reported someone had entered a Honda Accord while it was parked near the softball field. A Smith and Wesson 9mm pistol with a laser sight, a wallet containing $400 in cash and several gift cards were missing from the vehicle.

Officers responded to a residence in the 1500 block of Baum Street in reference to a residential burglary at 10:45 p.m. last Thursday.

The victim stated the following items were missing: two Michael Kors purses valued at $300 each; one Dooney & Bourke purse valued at $110; one Louis Vuitton purse of unknown value; one Brahmin purse of $500 in value; three baseball jerseys with a total value of $350; a PlayStation 5 valued at $500 and 20 PlayStation 5 games valued at $60 each.

A 65” Samsung Curve television valued at $1,200 was destroyed. The case is currently under investigation.

Officers took a report at 1:32 p.m. this past Friday of an auto theft that occurred in the 400 block of Pittman Road.

The vehicle’s owner reported that a charcoal gray 2014 Chevrolet Malibu had been taken from the residence sometime in the last month and a half. The case is currently under investigation.

Officers responded to the Holiday Inn located at 115 Cypress Centre Drive in reference to a stolen automobile at 4:05 a.m. on Saturday.

The victim stated a 2018 White Dodge Ram 2500 Truck with a white camper top was missing. Inside the vehicle was a Walther Q5 Match handgun, a black Breitling Navitimer B01 Chronograph 46 watch and two laptop computers. There was evidence that forced entry was made to get into the vehicle.

Officers were dispatched to the Days Inn Motel, 90 Warrenton Road, for an automobile theft at 8:52 a.m. on Saturday.

The victim reported a blue 2017 Nissan Altima was stolen from the hotel the previous night. The case is currently under investigation.

One arrested for gun stolen from car

Jimmy Lyons, 37 of Vicksburg, was arrested on Thursday on a charge of auto burglary.

This comes after officers responded to Labor Finders, 2002 Washington Street, for an earlier auto burglary at 8:03 a.m. on Monday. The victim stated a black 2014 Chrysler 300 had been entered and a .38 caliber Charter Arms revolver was stolen.

Lyons made his initial appearance in Vicksburg Municipal Court on Thursday. His bond was set at $50,000 bound over to the Warren County Grand Jury.

Officers were dispatched to Southern Wine and Spirits, 1302 Mission 66, for an earlier burglary at 12:14 p.m. on Saturday.

Various bottles of liquor and $620 were missing. The case is currently under investigation.