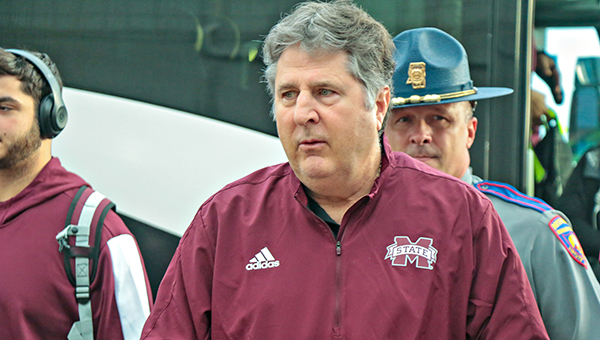 STARKVILLE (AP) — The pirate ship will remain docked in Starkville a while longer.

Mississippi State football coach Mike Leach has signed a two-year contract extension through 2025 after leading the Bulldogs to their second consecutive bowl appearance, the school announced.

MSU football spokesman Brandon Langlois on Wednesday confirmed the extension, which was initially reported by several media outlets. The third-year coach’s base annual salary increases from $5 million to $5.5 million under the new deal.

Known for his high-octane Air Raid offensive scheme — and for being outspoken, as well as his love for pirate memorabilia — Leach is 11-13 in two seasons at Mississippi State and 150-103 over a 20-year head coaching career with stops at Washington State and Texas Tech.

The Bulldogs went 7-6 in 2021 with wins over three ranked schools. Junior quarterback Will Rogers led an offense that ranked fourth nationally in passing at 378.3 yards per game and tied for 28th in total offense (441.5).

Mississippi State is 1-1 in postseason under Leach, dropping last season’s Liberty Bowl 34-7 to Texas Tech. It beat Tulsa in the Armed Forces Bowl in 2020 following a 10-game, Southeastern Conference-only schedule because of the coronavirus pandemic.

Mississippi State opens the 2022 season on Sept. 3, at home vs. Memphis.