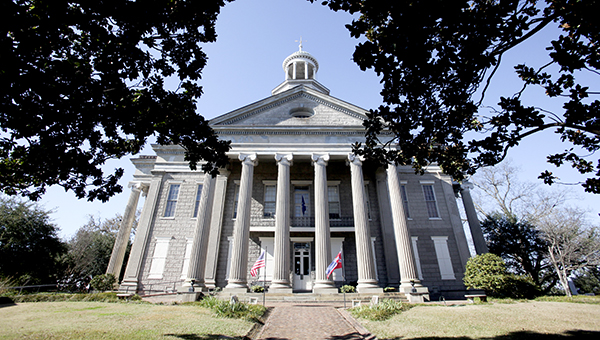 Warren County residents have the opportunity on Saturday to get a glimpse of military life in the final days before the surrender of Vicksburg during an Officers’ Call program sponsored by Lt. Gen. John C. Pemberton Camp No. 1354 of the Sons of Confederate Veterans.

The camp opens at 9 a.m. with presentations by reenactors at 10 a.m. and drills from 11 a.m. to 2 p.m. The program is free and open to the public but donations will be accepted for the museum.

“It will be a living history display on the Old Court House Museum grounds,” event organizer Brian Skipworth said, adding the program will feature reenactors portraying people in Vicksburg during the siege. He said the program is a lead-in to 2023 — the 160th anniversary of the siege and surrender of Vicksburg.

“I’ll have a couple of people portraying certain officers and they’ll give a speech, and ladies will be talking about cave life and being a nurse in the hospital,” he said. “That should last about an hour, and then we’ll have a few men doing drills and displays; we’ll camp out all weekend (on the museum grounds).”

Officers portrayed by reenactors will include Confederate Gen. John Bowen, who helped Gen. John Pemberton establish the terms of surrender; Col. Samuel Lockett, the engineer who designed and developed the Confederate defenses at Vicksburg and other reenactors portraying other people from the Civil War period.