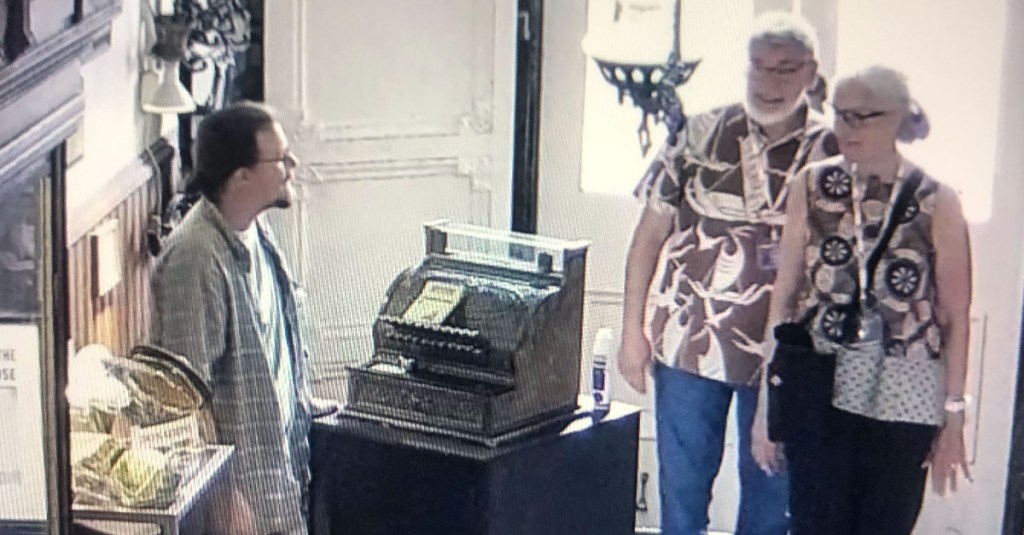 Landis is known for his work on many classic films, including “The Blues Brothers,” “National Lampoon’s Animal House,” Michael Jackson’s “Thriller” music video, “An American Werewolf in London,” “Three Amigos!” and “Coming to America.” He also voiced Grover in an uncredited role in “The Muppet Movie.”

Landis signed the museum’s guest book, adding a note that his visit was “Wonderful.”

Edit: A previous version of this post misattributed the photo. This photo was submitted courtesy of the Old Courthouse Museum.