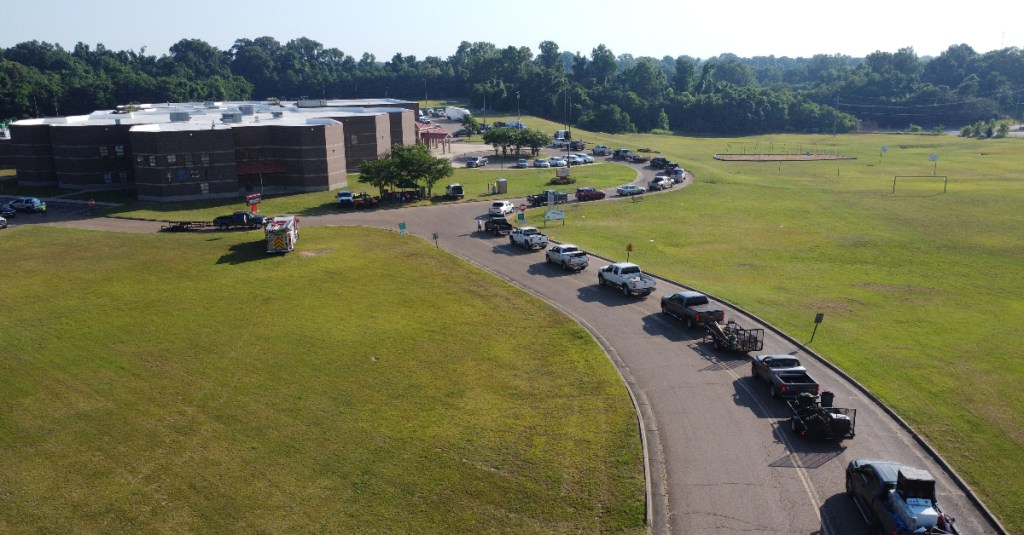 According to county comptroller Shalanda Harris, who helps organize the event each year, this year’s event was the most successful one she’s seen.

Tons of household items that can’t be disposed of through routine garbage pickup were collected at the event. But garbage wasn’t the only thing gathered, Board of Supervisors President Kelle Barfield said — it also generated volunteer interest.

“Somebody came through and asked me, ‘Who organized this? I want to organize one in Yazoo County,’ and that was very well-appreciated,” Barfield said. “And then, I actually had two people stop me (on Sunday) and ask me how they could volunteer for next year’s event. I thought that was interesting.

“I’m not going to tell anybody ‘You can’t help,’” she added. “I thought it was interesting that people were so invested that they’d want to volunteer for this event.”

Also discussed during Monday’s working session of the Board of Supervisors was moving the event, traditionally held in late June or early July, to the fall months when the weather is milder. However, it was advised that the city of Vicksburg is examining the possibility of hosting its own hazardous waste disposal event in the fall and winter months, so the two events need not overlap.