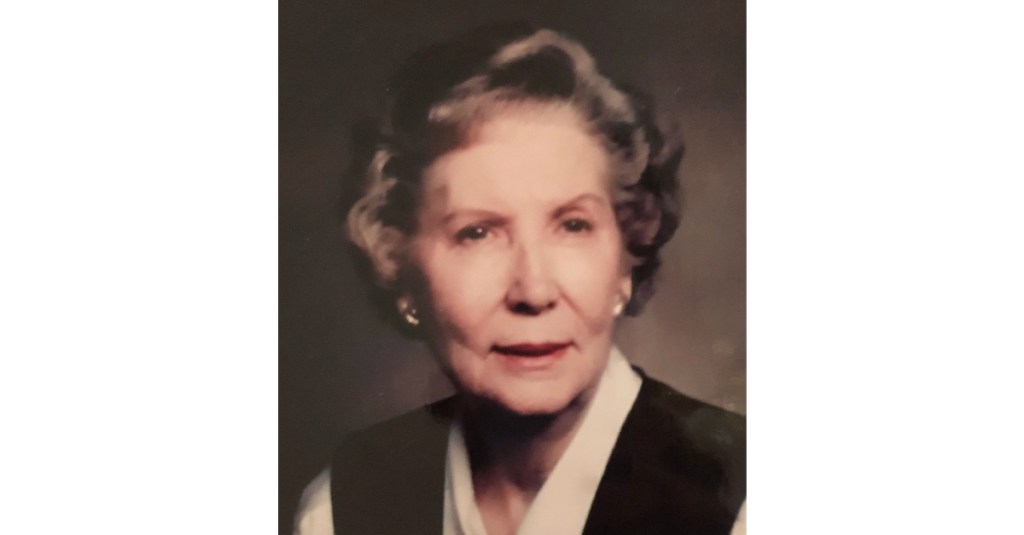 Felice Dye passed away on June 30, surrounded by her children and family members. Felice was a loving and supportive mother, grandmother, and great-grandmother with many close friends in the community. She was an 80-year resident of Vicksburg, member of the First Baptist church, and lived a vibrant life till the age of 102.

Felice was born in Haynesville, LA on February 2, 1920, to Albert and Iris Nelson. She was the oldest of six children and an excellent student who attended a local Business School after graduating High School. Felice moved to Vicksburg in the early 1940’s and was hired as a Switchboard Operator at the First National Bank in 1942. She was promoted to Teller/Cashier in 1943 – the first woman to ever hold that job (only men were allowed to handle money until that time). She was also in charge of the ration coupons issued during WWII.

Felice married John Wilbur Dye in 1946. She was required to resign since married women weren’t allowed to work at the bank. In 1950, after having her two daughters, she was asked to return work (the first married woman allowed to work at the bank). During her 40-year career she held numerous positions of increasing responsibility moving from Teller to Head of Bookkeeping & Operations, Investment Management, and Vice-President & Branch manager.  Only the second female promoted to officer in the bank. She retired from Trustmark Bank in 1985.

Felice had a passion for gardening and her “green thumb” was widely acknowledged. She and Wilbur were avid gardeners who competed widely in regional flower shows winning numerous awards. She loved to fish and travel with family. Felice was a wonderful cook and gracious hostess who made everyone feel special when they were at her home.

In retirement, Felice enjoyed traveling with her friends and family. She was blessed with a close group of longtime friends in Vicksburg whom she cherished and whose friendships enriched her life.