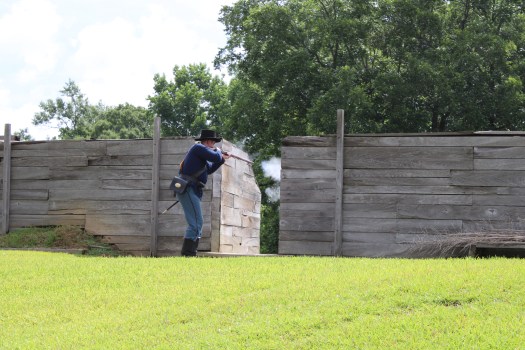 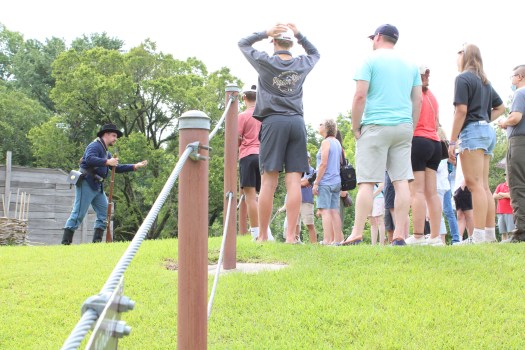 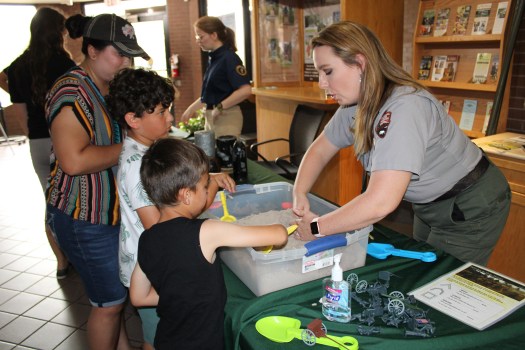 Ranger Taylor Hegler, right, helps two young visitors build a redoubt at a sand table in the visitor center at the Vicksburg National Military Park Friday. The table was part of an exhibit of Civil War relics in the center. (Photo by John Surratt | The Vicksburg Post) 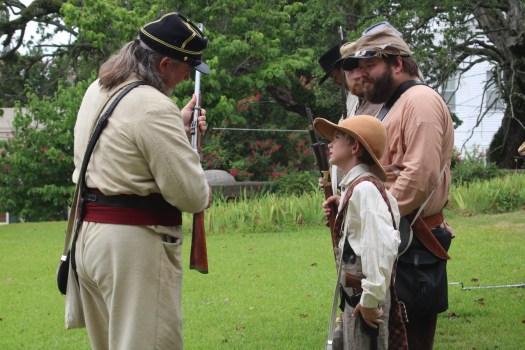 Civil War reenactor Kevin Adkins, left, inspects Ryan Stanley’s Sharpe’s carbine during an inspection during an Officers Call program on the Old Court House grounds Saturday. Stanely, from Madison, was the youngest re-enactor at the Officers’ Call. The reenactors were part of a program that featured drills and speeches in a lead-up to 2023 and the 160th anniversary of the Siege of Vicksburg. (Photo by John Surratt | The Vicksburg Post) 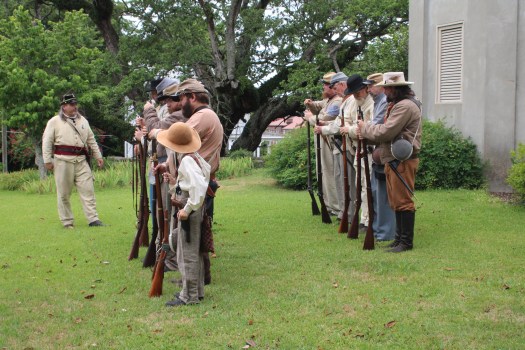 Dressed in Confederate uniforms, reenactors prepare their weapons for inspection during drill at Saturday’s Officers Call at the Old Court House Museum. (Photo by John Surratt | The Vicksburg Post)

For a few hours over the Fourth of July weekend, Vicksburg was again the home to Union and Confederate troops at the Vicksburg National Military Park and the Old Court House Museum.

Dressed in Union uniforms, park rangers described the uniforms and life of a Union soldier in Vicksburg during the Civil War and demonstrated the loading and firing of a musket while inside the visitors center, visitors examined displays of weapons and were able to build fortifications like redoubts and redans used at Vicksburg.

On Saturday, reenactors participated in an Officers’ Call, where they told stories about life during the Siege of Vicksburg and participated in drills where they went through weapons inspections, learned to stack rifles and practiced other activities.

Organizers for the event said the program is part of a move toward 2023 and the 160th anniversary of the Siege of Vicksburg.