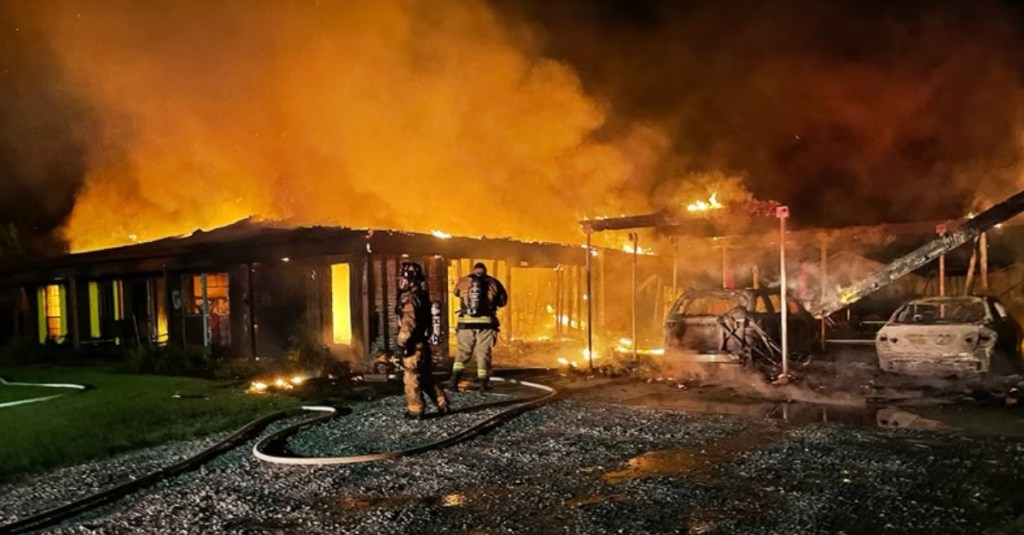 A home on Jefferson Davis Road in Warren County caught fire at approximately 1:30 a.m. on Wednesday and required multiple units before it was extinguished hours later.

Jeff Riggs, Public Information Officer for the Warren County Fire Service, said units from Fisher Ferry and Letourneau Fire Departments, backed up by Culkin and Bovina firefighters, responded to the home at the 8000 block of Jeff Davis Road.

Upon arrival, the structure was about 50 percent involved. The fire spread to the attic area and the home became a total loss.

“Apparently, a bypasser had knocked on the door and told (the residents) that their house was on fire. But the owner stated that apparently, the garage was on fire at that time,” Riggs said. “We had some firefighters, due to the heat and things like that, have to be checked out by EMS, but no injuries were reported among the firefighters or the residents that required transport to the hospital.”

The cause of the fire has not yet been released.