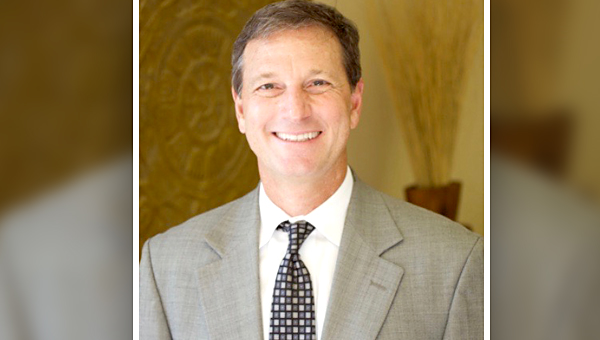 Blake Teller of Vicksburg was sworn in as the 117th President of The Mississippi Bar during its 2022 Annual Business Session held on July 15.

Chief Justice Michael K. Randolph of the Mississippi Supreme Court administered the oath of office. The Mississippi Bar is composed of nearly 9,000 active members who are licensed to practice law in Mississippi.

Teller was admitted to The Mississippi Bar in 1991 and began practicing law at the Jackson firm of Brunini, Grantham, Grower and Hewes. He returned to his hometown of Vicksburg in 1994 to practice law with his father, Landy Teller, and grandfather, Landman Teller, at what is now the law firm of Teller, Hopson & Schrader LLP.

In his 29 years of practicing law, Teller has represented individuals, businesses, banks and government entities in a variety of legal capacities. He presently serves as the attorney for the Warren County Board of Supervisors, to which position he was appointed in December of 2014. Teller serves on the Advisory Board of Guaranty Bank & Trust Company in Vicksburg. He has also served as a member of the Vicksburg Medical Center Board of Ethics.

Teller is very active within his community. He has served on the Board of Directors of the United Way of West Central Mississippi, as President in 2008 and Campaign Chair in 2005; the Rotary Club as President in 2011-2012; the YMCA Board of Directors as President-Elect from 2018-2020; Vicksburg-Warren Chamber of Commerce as President in 2019; the Good Shepherd Community Center Board; on the Vicksburg Catholic School Board, as President in 2008; the First Presbyterian Church Kindergarten Board; and on the Boards for Haven House family shelter and the Warren County University of Mississippi Alumni Association. Teller regularly provides pro bono legal services to these organizations and others in the community. He is married to Stacey Mills of Jackson, and they have three children, Morgan Elizabeth, Barrett Mills and Brandon Blake.