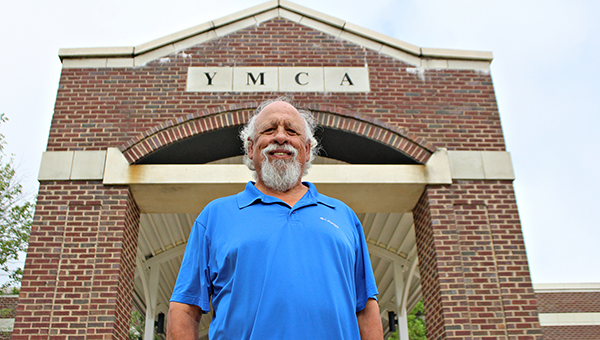 Vicksburg YMCA program director Wayne Scott retired in May. Scott worked for the YMCA for 14 years and has been affiliated with the organization for nearly 60 years. (Ernest Bowker/The Vicksburg Post)

When he was 8 years old, Wayne Scott visited the Vicksburg YMCA for the first time. At 14, he got his first job there. At 15 he became a counselor at the Y’s Warner-Tully Camp.

In his 20s, 30s and 40s he was an official and coach in the organization’s youth sports leagues.

And, finally, at age 69, he’s winding down — retiring might not be fully accurate, he jokes — a second career that began there in his mid-50s.

Scott, who has worked as the Vicksburg YMCA’s aquatics and youth sports program director since 2016, retired in May. It’s the latest step in a life journey that has been intertwined with the YMCA since he was a child.

“You want to teach every child what it means to serve — to give back to the community and be a leader,” said Scott, who celebrates his 69th birthday this weekend. “To be proactive and do things that will make you a success as a person, in your family, and in your community. That’s what the Y has taught me working here.”

Scott’s affiliation with the YMCA began in 1961, when he was only 8 years old. Like other children of that age for the past century, the place was a playground and a paradise.

“It was a great place for a kid in the 60s to hang out. That’s what the Y is about, is serving the children of this community,” Scott said. “At the time, the YMCA was the only organization in Vicksburg that offered youth sports. As far as football and basketball went, that was where you played.”

Soon, it was where Scott worked as well. He got his first job working the front desk at the Downtown YMCA on Clay Street and spent the next summer as a counselor at Warner-Tully.

Scott said he often got in trouble as a kid, but the people and atmosphere at the YMCA helped straighten him out.

“The Y molded me to be a servant of the people. No doubt it’s the reason I became a firefighter,” he said.

Scott spent 33 years as a firefighter and building inspector with the city of Vicksburg. When he retired in 2008, it didn’t take long for him to find his way back to the YMCA. Then-director Herb Wilkinson called him and offered a job.

“When I retired from the city, Herb said it was time to come home. That was the next day,” Scott said. “I started doing piddling stuff. Then people would move on and they’d say, ‘Wayne, would you like to look over this department or that program?’ And I said sure.”

Eventually, Scott went from doing nuts and bolts jobs around the Purks YMCA to running its youth sports and aquatics programs. He oversaw the transition of its football league from tackle to flag — something he called “one of the toughest decisions I had to make” — and the introduction of a girls volleyball league that now has 75 children in it.

An avid swimmer, Scott has also led lifeguard classes and swim lessons through the YMCA for years. He said teaching a lifesaving skill like swimming was one of the things he was most proud of.

“You couldn’t name the number of kids I taught to swim. I’ll walk into Wal-Mart and see a lady that says to her child, ‘Mr. Wayne taught me to swim and he’s going to teach you to swim, too,’” Scott said. “Hearing that, it means you did something of value. You impacted somebody’s life for the good. It’s not an ego trip. It’s a service.”

Current Vicksburg YMCA director Phillip Doiron said Scott has been an invaluable part of the operation after a lifetime of seeing it from every conceivable angle.

“Wayne has decades of knowledge and experience that you just can’t replace,” Doiron said. “Everything from how to change a pool pump to how to run a sports league. Our challenge is to be nice to him and let him help us from time to time.”

Scott said that won’t be a problem. Since retiring in late May he’s taken time off, gone on a long vacation and played plenty of golf. He’ll of course spend plenty of time with his five sons and eight grandchildren.

While talking about his future plans, however, he also said he plans to continue teaching swim lessons at the Purks YMCA and help with some occasional pool maintenance when needed.

After 60 years, some habits are hard to break.

“I’m always going to come here and sit out front with my buddy Raymond May. Our friendship grew here at the Y and that’s what makes this place so great — the friendships,” he said. “You never quit the Y. If they call and they need me to do something I’ll do whatever I can to support them. Mostly, though, I’ll just be a grandfather.”