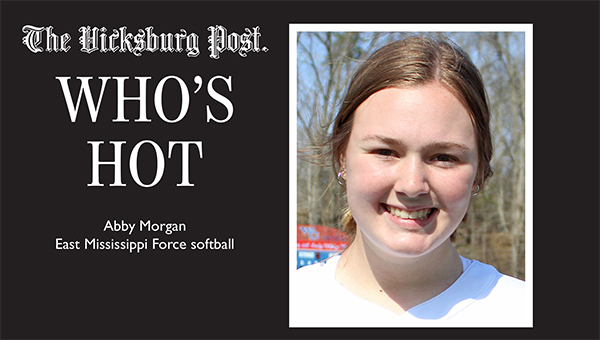 Vicksburg resident Abby Morgan batted .563 with two home runs and six RBIs in seven games to lead the East Mississippi Force softball team to the 16U championship at the Shockers Showcase tournament in Pascagoula last weekend.

Morgan also pitched five solid innings to earn the win in a 4-3 semifinal victory over the Rampage Orange Pack.

The East Mississippi Force won six of its seven games in the tournament and has a 16-10 overall record this summer.