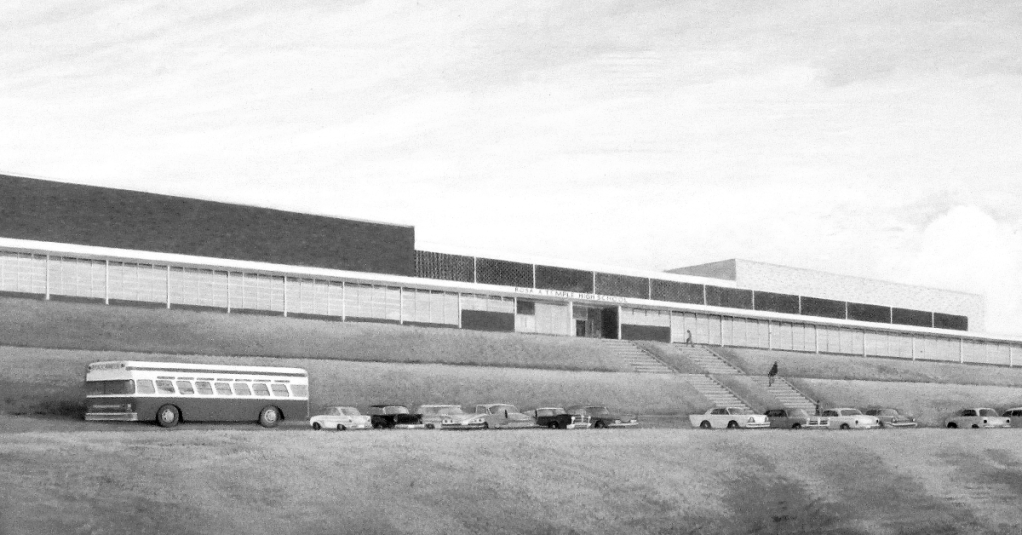 Rosa A. Temple High School served as the school for African American students in Vicksburg and Warren County from 1959-1971. (File Photo)

Rosa A. Temple High School was the high school for African-American students in Vicksburg and Warren County for 12 years, from 1959 to 1971.

Rosa A. Temple, the school’s namesake, was born on Sept. 4, 1869. After attending Cherry Street High School and Jackson College, she began teaching in Vicksburg in 1885 when she was 16 years old.

In more than 60 years as an educator, Temple taught at all levels but spent most of her years as a high school English teacher. She was known for exacting, uncompromising standards of excellence and for inspiring students and those who worked with her. She retired in 1947.

The school is remembered with a mural on Levee Street, which was dedicated in 2008. In 2011, a new wing at Vicksburg Junior High School — the school that once bore her name — was dedicated to Temple.

In November 2015, the Vicksburg Board of Mayor and Aldermen renamed Baldwin Ferry Road, which runs in front of the school, Rosa A. Temple Drive.

The plaque set in front of the high school’s riverfront mural summarizes the importance of Rosa A. Temple High School to the community and its students.

“Noted for its academics and athletics, Rosa A. Temple High School became one of the most prestigious high schools in the state of Mississippi. The philosophy of this school was based upon the belief that every child, regardless of social position, or intelligence, should have an opportunity to totally develop his or her individual abilities and interests, so that he or she may be able to practice those ideals which characterize good citizens of a democracy.”