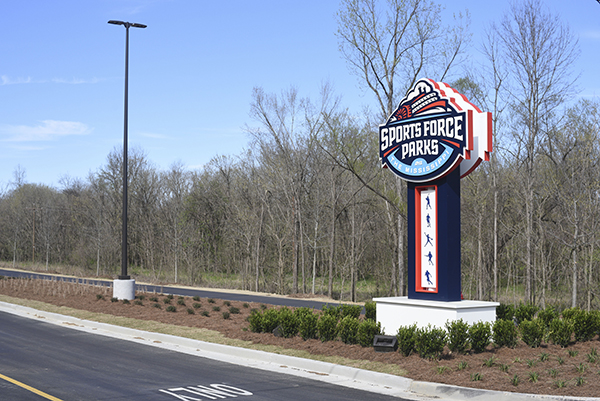 A Phoenix, Ariz., company is interested in building a campground area with cabins and RV connections on 90 acres of city property behind the Sports Force Parks on the Mississippi complex off Fisher Ferry Road.

The Vicksburg Board of Mayor and Aldermen on Monday approved an agreement with Vista Recreation, which according to its website, is a private company that partners with various public agencies at the federal, state and local levels to operate campgrounds and recreation areas under long-term concession agreements.

The company has 700 campgrounds in 16 states, according to its website. There are none in Mississippi. The closest campgrounds are in Alabama and Tennessee.

“This is a game-changer for the sports complex; it’s the first of its kind in this area of the state,” Mayor George Flaggs Jr. said.

She said Vista Recreation is willing to invest $3 million into developing the campground. The city will provide utilities and an access road to the campground.

“They are very interested; we have had several meetings with them and they are interested in making an investment in Vicksburg,” Nailor said. “This gets the ball rolling so we can bring this to fruition.”

Once the final agreement is reached, she said, the property will revert to the city after 20 years.

One of the early criticisms of the Fisher Ferry property as a site for the sports complex involved a section of the property that is in a flood zone because it is adjacent to Hatcher Bayou. The Sports Force complex was built in an area away from the flood zone, which is east of the park

“We all did a walk-through on the property and on the backside of the sports complex there’s a bunch of ridges, and that’s where they’re talking about building. They said they loved the terrain back there, so it must be perfect,” he said.

Monsour said the company will build two-bedroom cabins and have an on-site manager oversee the property. He said the cabins will also provide needed space for people coming to Vicksburg for tournaments.

“Sometimes, we just don’t have the capacity to handle all the people,” he said. “What we’re trying to do is make sure as many people are coming to Vicksburg as possible because that’s how it’s structured to make the sales tax revenue.”

Monsour said the cabins and RV facilities will also attract people to the area when there are no tournaments at the sports complex. He said the goal is to make Vicksburg more of a destination for tourists and at the same time, make the sports complex more versatile.

“We are trying to design a sports complex that will have multiple uses and attract people for multiple things. We’re not through; this is just step two. We foresee some other things,” Monsour said.

“This is the site of 207 acres where they told us, ‘That’s not a good site; don’t build that sports complex there; it needs to be near the Interstate. It’s going to have traffic flow on Halls Ferry like never before.’ All of y’all were wrong,” Flaggs said.