‘I just love Vicksburg’: Gouras looking forward to working on plan for city — for free 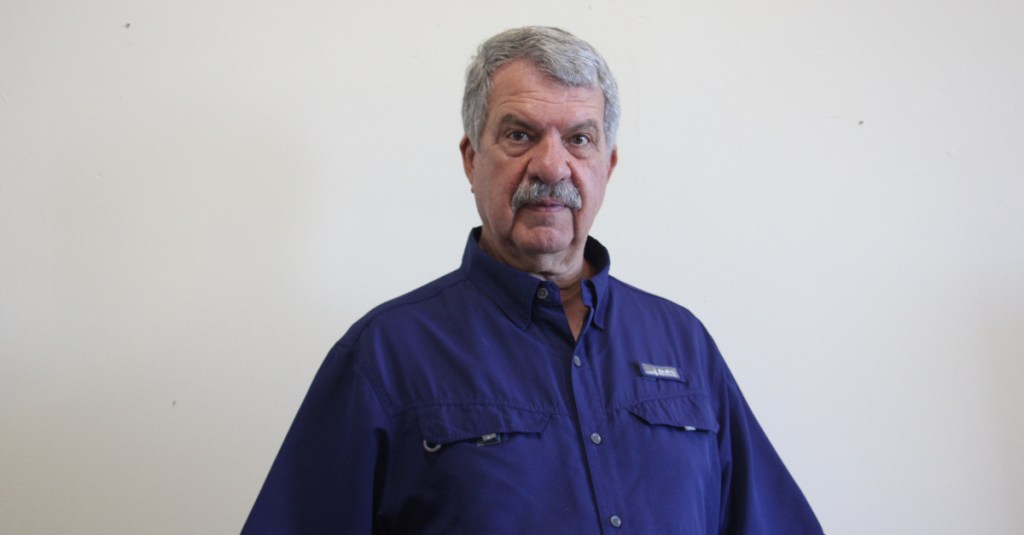 When Mayor George Flaggs Jr. decided to develop a comprehensive plan for Vicksburg, he didn’t have to go far to find expert help.

He turned to Vicksburg resident Jimmy Gouras, a former city planner for Vicksburg and urban planning consultant, who agreed to help — for free.

“I just love Vicksburg and would do anything for Vicksburg,” Gouras said. “I’m happy to do it; I’m honored to do it. I told him I don’t want to get paid for it and I’m not looking for a job. I’m looking forward to it; (Flaggs) is an incredibly gifted guy and we’re lucky to have him and I’m looking forward to working with him. He is a visionary and a well-connected guy.

“(Flaggs) has got some real interesting ideas and he is focusing on a three- to five-year plan to address the most critical things in Vicksburg,” Gouras added.

“We don’t have a planner in the city of Vicksburg,” Flaggs said when he explained why he turned to Gouras. “What we have is a community development person and a lot of code enforcement. What we need going forward is a planer so we can put all this — my vision, the city of Vicksburg’s vision — into one three- or five-year plan.”

Gouras, who has a master’s degree in urban and regional planning from the University of Mississippi, was hired by then-Mayor Nat Bullard as Vicksburg’s first city planner, serving in that capacity from 1975 to 1988. Flaggs served on the city’s planning commission during that time.

Gouras said he has seen a lot of change in the city over the years, citing the impact of changes by former Mayor Laurence Leyens and the improvements and changes in the downtown area.

But the biggest change, he said, has been the people’s attitude about the city.

“There has been a more positive attitude, especially among the city’s business community; they seem to believe the city is headed in the right direction and I attribute that to (Flaggs) and his attitude,” Gouras said. “It’s incredible; people have called me and thanked me for it, but I’m just honored to do something for the community.”

Flaggs, he said, has taken a positive attitude to improve the city and has worked to get things like grant programs for the city.

“He knows people at high levels at the state and the federal government — it’s incredible the things he can get done. People like this (Flaggs) don’t come around every day.”

Since his initial meeting with Flaggs, Gouras said he has discussed some of Flaggs’ thoughts about the proposed plan. He will meet again with the mayor in August.

“We’re conceptualizing some things,” Flaggs said. “We’re meeting with people in the community to see what they want, so this will be a shared vision. I don’t want it to be just my vision or the city’s vision; I want input from the community too, so we’ll know how the city wants to grow and develop, from the infrastructure to housing to riverfront development — everything.”

He said he wants to review the city’s previous studies and plans as part of the process to develop the new plan.

“It’s time for us to put it into a simple plan,” Flaggs said. “We’ve got multiple studies; (Gouras) will help us combine those studies. I want to look at everything, including the 25-year comprehensive plan. I think we’re at the point now we have to take this city to another level and make it more competitive than it’s ever been.”