LOOKING BACK: The lumber yard next to 1211 Monroe St. and more stories 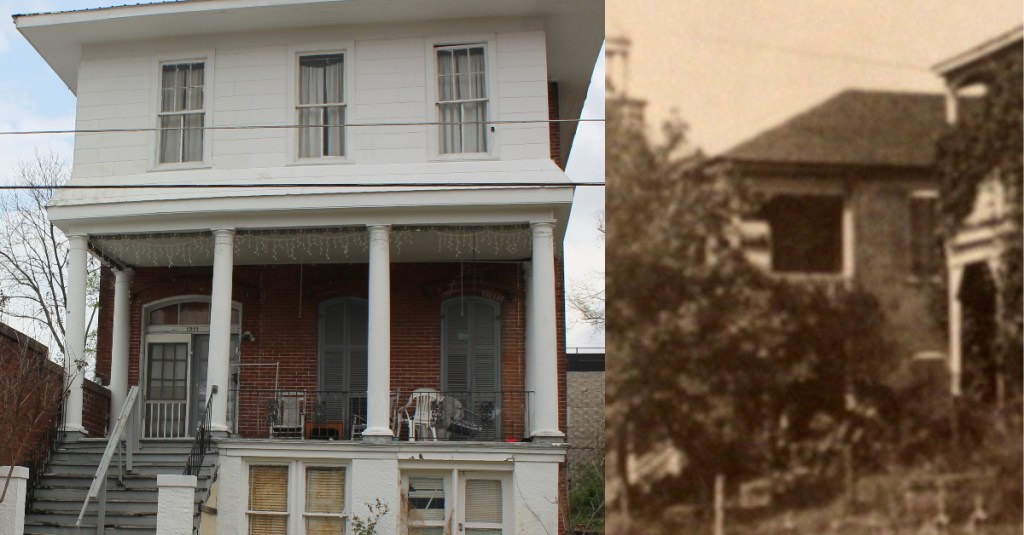 This two-story Italianate townhouse at 1211 Monroe St. was most likely built about 1878.

It may have been the home of Mr. and Mrs. Henry Holtslander, as at that time he was the general manager of the manufacturing and building department of Spengler’s sawmill, which had a lumber yard next door to the house. In 1886, it was the home of Theo Laube, a butcher, and by 1894, the Simon Stein family called the house, home. Stein owned a profitable furniture store on Washington Street.

While it catered mostly to homeowners, he also secured contracts to provide furniture for hotels. Simon and his wife, Amelia, had four sons and three daughters. By 1904, they had moved to a house on Clay Street and their son, Ben, and his wife, Ruth, lived in the house. They raised two daughters, Amelia and Ernestine.

Ben was a shipping clerk for Sol. Fried and by 1909 had been elected an alderman for the City of Vicksburg.

By 1911, the building was a boarding house run by Mrs. Johanna Jackson, widow of James A. Jackson. By 1921, Allen and Emma Waggener lived in the house and he operated his real estate business there.

Just prior to moving into the Monroe Street house, the Waggener’s son, Allen Jr., died on July 5, 1919, after an operation made necessary by appendicitis. He was survived by his wife, Jennie and a four-month-old daughter, Allene.

Later in that month, their daughter, Bertha, had to have her appendix removed, also because of appendicitis. She, however, survived and married Pete Tyner in January 1920 and the couple moved into the Monroe Street house as well.

The Waggener’s other daughter, Dorothy Jean, married Fred Williams who joined the real estate firm and the couple lived there also. Emma died in 1936, followed by her husband in 1938. Fred and Dorothy continued to live and operate the real estate business here until Fred died in 1979. The house then became apartments.

The building continues to add its beauty to the Monroe Street streetscape today.