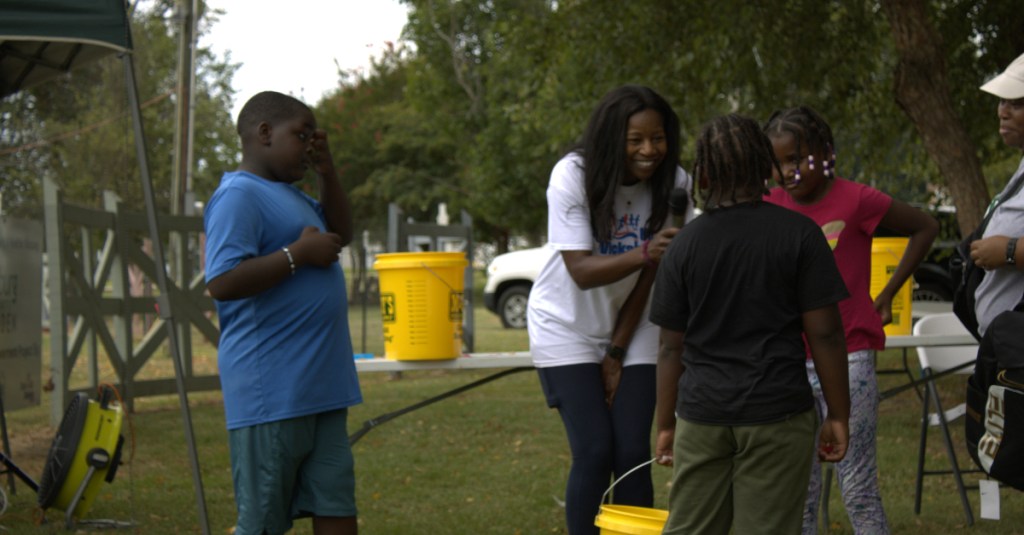 The second-annual Youth Agriculture and Health Extravaganza Day on July 23 was deemed a success by attendees and organizers.

Brad and Gwendolyn Thompson from In Touch Communications greeted more than 100 attendees signing in each with a raffle ticket. Brad mentioned that the weather was in their favor because of the overcast.

“It was a huge success; we had great participation,” said Marcus Shorter, of NRCS. “The extravaganza is going to just keep growing every year. We’re getting it off the ground, and the sky’s the limit.”

“I think, no matter what people came out because it was a great event, people want to be able to get information about things dealing with agriculture,” Brad said.

He added that many people in the community don’t know about agriculture in general, and he was happy to be involved in an event that brings people together to share information that they did not have before.

Gwendolyn said she was more amazed by the drone demonstration. She was interested in all the features of such a small device.

“I’m amazed at how something that small can fly over so low and take a picture of everything that we cannot see. The reason they’re so interesting to me is that I was raised on a farm, and a lot of times as a kid we used to go into the woods and there were certain areas like a swamp,” Gwendolyn said. “We were unable to get there because of the trees or the bushes. Now you can actually look through with a drone to see your farm animals who are distant from you or if you have some other type of problem within your property.”

Robert Turner Jr., Director of Security at Professional Security Consultants attended Youth Agriculture and Health Extravaganza Day with two of his horses as part of the petting zoo. He also answered questions for those inquiring minds interested in the horse industry.

“There are jobs to be had in the horse industry, and at events like this we can showcase those possible jobs and answer questions that people might have,” Turner said. “For example, it’s an event where you’ll have 30 head of cattle, numbered 1 to 30 in a pen, they’ll call out a number and you have two minutes to move your three heads into a twelve by twelve pen, without bringing the other 27 cattle. It makes you develop horsemanship skills and become one with that horse.”

Youth Agriculture and Health Extravaganza Day had a large turnout and it brought in some new faces. Isaiah Moaton is not from Vicksburg, but heard about the event and said he had to check it out.

“I’m from Byram and my friend told me about it. So, I decided to enjoy my weekend with something that was informational and fun,” Moaton said. “My favorite part was definitely the petting zoo. I got to pet some horses and some puppies, too.

“Next time, I’m going to be early so that I can try flying the drone,” he said.