Airbnb apologizes, removes Mississippi ‘slave cabin’ from listings after being taken to task in viral video 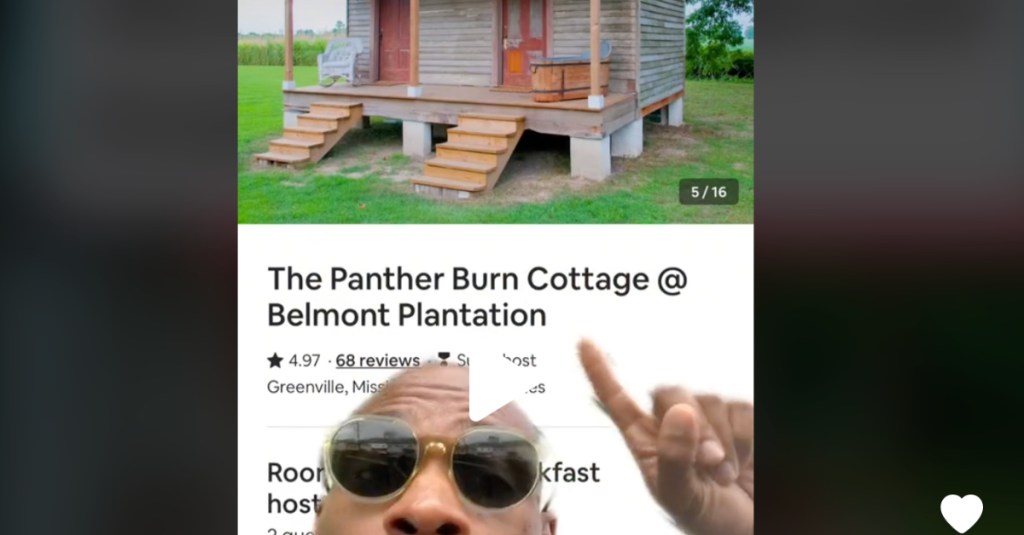 Airbnb removed a Mississippi property described as a “slave cabin” from its listing Monday after a New Orleans lawyer went on social media to criticize and question why any place used to house slaves could be used as a bed and breakfast.

Wynton Yates, a Black lawyer from New Orleans, posted a TikTok about the listing Friday.

“This is not OK. Not in the least bit,” Yates says in the video with a picture of the Airbnb listing in the background.

#airbnb this is not ok. #history #civilrights #americanhistory

Yates then points out in the listing for the Panther Burn Cottage at Belmont Plantation in Greenville where the listing reports describe the cabin in photos as an 1830s slave cabin.

Panther Burn Plantation, where the cabin was originally located, was a family home of Martha Patience Vick Willis and Col. William Willis. Martha was the sister of Newitt Vick, for whom Vicksburg is named.

Martha’s granddaughter, Frances ‘Fanny’ Vick Willis Johnson, was a renowned philanthropist in the city of Vicksburg. Fanny and her husband, Junius Ward Johnson, lived in a home on Drummond Street which was built in 1910. Junius was killed in 1919 while at Panther Burn Plantation when a tornado struck the home and it collapsed on top of him.

The couple had received Panther Burn Plantation and a home on Cherry Street in Vicksburg as wedding presents from the bride’s grandparents.

The “slave cabin” was later moved from Panther Burn in Sharkey County to Belmont Plantation.

“How is this OK in somebody’s mind to rent this place out — a place where human beings were kept as slaves — to rent this out as a bed and breakfast?” Yates asked.

Yates then showed reviews from those who stayed in the cabin, describing their visit as a luxury vacation spot.

“Properties that formerly housed the enslaved have no place on Airbnb,” the company said in a statement to NBC News. “We apologize for any trauma or grief created by the presence of this listing, and others like it, and that we did not act sooner to address this issue.”

Airbnb added that the company is working with experts to develop new policies to address other properties associated with slavery.