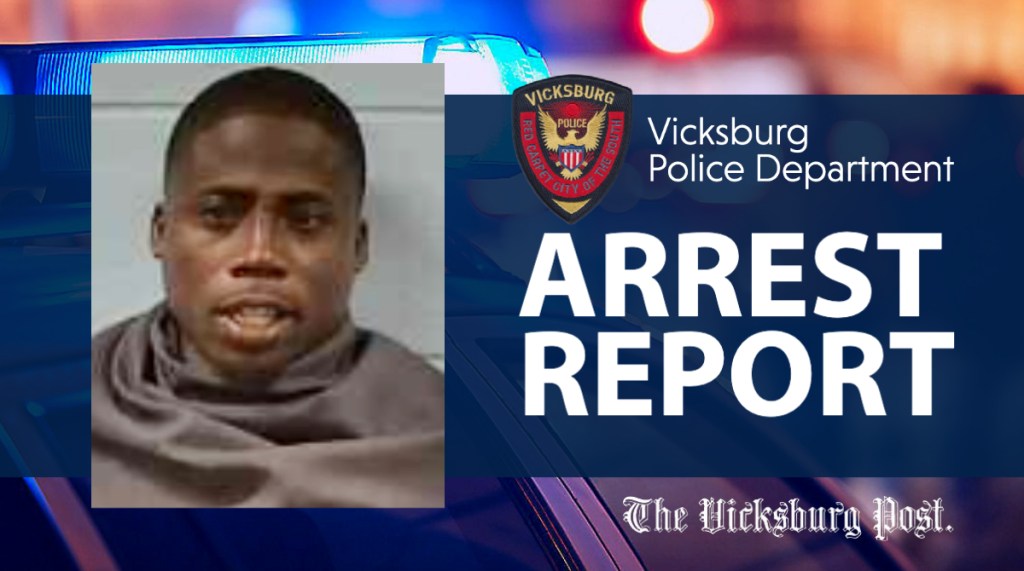 A Vicksburg man was arrested Monday in connection with a late July aggravated assault.

John Dolley, 38, was taken into custody on Monday on a warrant for aggravated assault stemming from an incident that occurred on July 26.

Vicksburg Municipal Court Judge Angela Carpenter set Dolley’s bond at $250,000 and bound him over to the Warren County Grand Jury.

On July 29 at 11:53 p.m., officers responded to an address in the 200 block of Meadowvale Drive in reference to a burglary.

The victim reported someone broke into the house through a basement exterior door and stole clothing, food and approximately $50 in coins.

On July 31 at 9:03 a.m., VPD officers were dispatched to an address on Carroll Place in reference to a theft.

The resident stated someone took a 50-inch Samsung television from the apartment.