Playmakers cover contest down to its final hours 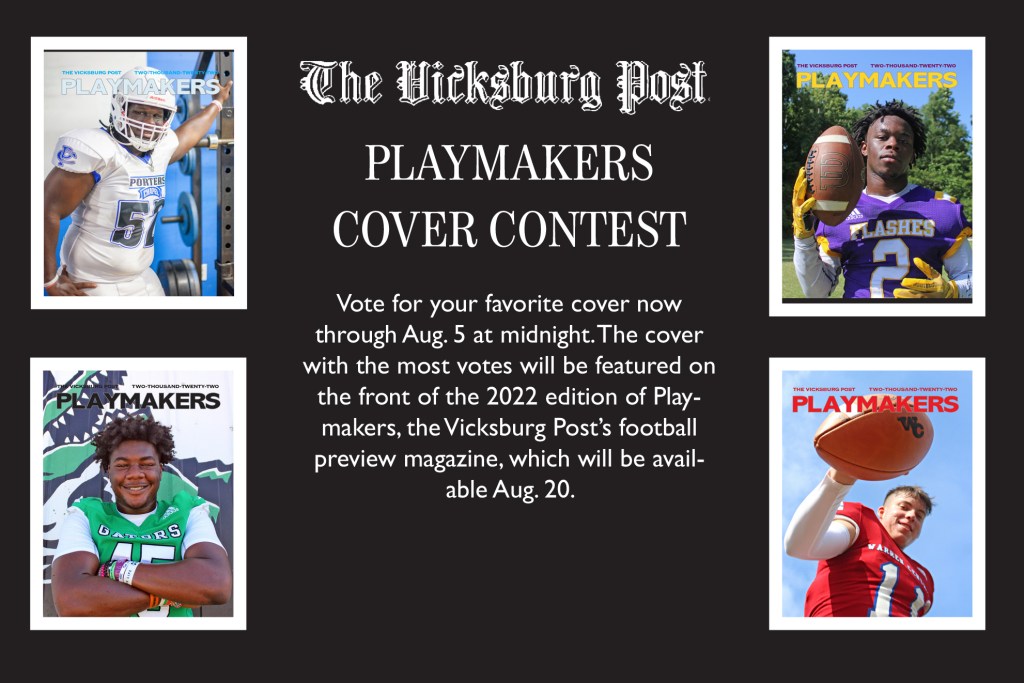 The clock is ticking on the Vicksburg Post’s “Playmakers” magazine cover contest, and several players will need a fourth quarter comeback to pull out a victory.

With nearly 2,000 votes cast as of Friday morning, Warren Central quarterback Jack Wright has gathered 54.3 percent of the vote to take a big lead over the rest of the field.

Voting will continue until midnight Friday, and each person can vote once per hour, so there is still time for the St. Al, Vicksburg and Porter’s Chapel contingents to rally support for their players.

The winner of the contest will be featured on the cover of “Playmakers,” the Vicksburg Post’s football preview magazine. The 44-page special edition will be bundled with the Post’s weekend edition on Aug. 20.