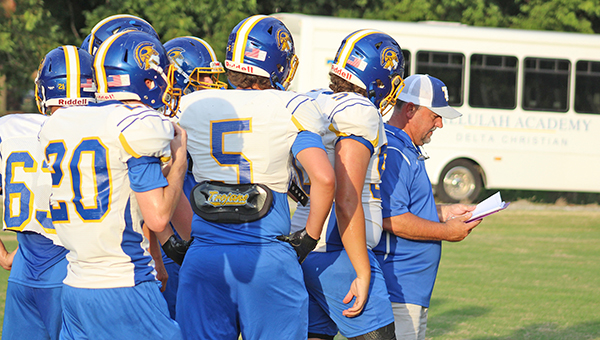 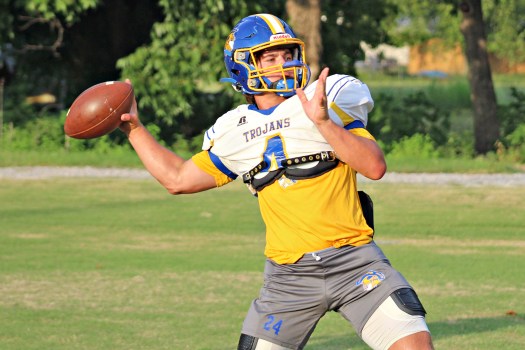 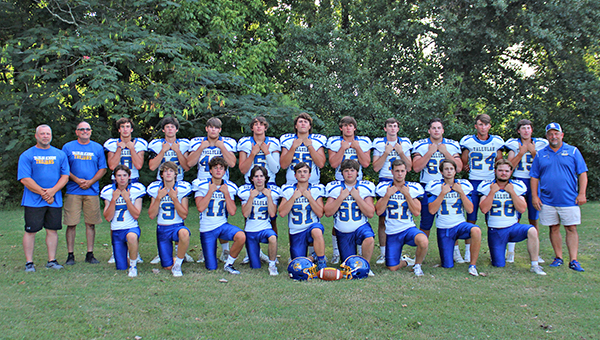 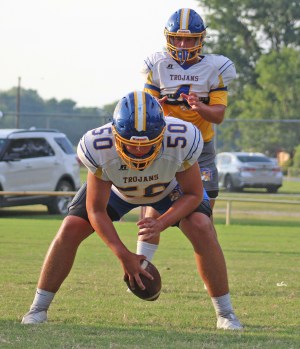 Editor’s note: This story appears in the 2022 edition of “Playmakers,” The Vicksburg Post’s annual football preview magazine. “Playmakers” will be included in The Post’s weekend print edition on Aug. 20, and will also be available at the newspaper’s office at 1106 Washington St. in downtown Vicksburg.

A lot of high school coaches have to worry about a lack of experienced players heading into a new season. Few coaches are annoyed by having too many.

“I told them, ‘I’m not used to not yelling at y’all.’ We’re running plays at practice and I’m not yelling yet. I don’t like that,” Tallulah Academy head coach Bart Wood said with a laugh.

Wood’s Trojans have 10 seniors coming back from a team that reached the second round of the MAIS Class 2A playoffs in 2021. A lot of them were also in the lineup when Tallulah reached the Class 1A championship game in 2020.

The experience and talent have the Trojans back in their usual place as a title contender in the MAIS’ 8-man division and dreaming of adding another trophy to the three they’ve won in the past decade.

“We have so much experience coming back. We started off running plays and it’s just been so smooth,” Wood said. “It’s crazy, because everybody has played. The only person that hasn’t is (junior running back Brayson Morson). We’re not having to teach anybody something new.”

The only thing new for the Trojans is entering a season without having gone deep into the playoffs the year before. They lost 44-40 to Manchester Academy in the second round last season, marking only the second time in seven years that they didn’t reach at least the semifinals.

“It felt really weird,” senior quarterback Dee Morgan said. “It hurt, because I felt like we could have played a lot better. We had some injuries at the end that hurt us. It makes you want it a lot more.”

Morgan is among the seniors and returning starters for Tallulah. The three-year starter was a preseason All-MAIS selection this season and a postseason pick in 2021 after throwing for 1,070 yards and 15 touchdowns. He ran for 673 yards and 16 TDs as well.

Morgan isn’t Tallulah’s only weapon, however. Senior running back Wyatt Bedgood is a first-time starter but played a lot last year. Junior Brayson Morson had an outstanding junior high career at Porter’s Chapel Academy, sat out the 2021 season, and transferred to Tallulah this summer.

Along with wingback Landry Tweedle — a senior who scored the game-winning touchdown in a playoff win over Porter’s Chapel — the Trojans have a host of skill position players who can do damage with the football in their hands.

Another All-MAIS Class 2A player, Kody Vickery, returns to anchor the offensive line. Senior center Colton Cone is another returning starter. The defense, led by senior defensive back Henry Ellerbee, is similarly loaded.

“We have a bunch of athletes. A lot more than we had last year. We’ve got a bunch of options and a lot of speed,” Morgan said.

There’s also all of that experience. The roster includes 10 seniors and six juniors who are eager to get back on top after a season that was rather mediocre by the program’s lofty standards.

Tallulah endured a 3-4 start, a steady stream of injuries — three starters were either out for the playoff loss against Manchester or injured in that game — and a forfeit loss caused by a COVID-19 outbreak at the school. It still managed to finish 7-5 and was within a play of knocking off the top seed in the Class 2A bracket.

Wood has been a part of some great teams at Tallulah, but he said the large group of upper classmen has made this one unusual. Tight-knit, talented and experienced, he said they’re self-starters who need little prodding when it’s time to go to work.

“When you have 10 seniors, it helps. They’re experienced seniors as well. They’ve played a lot in the last two years,” said Wood, who is in his fourth season as the Trojans’ head coach. “We’ve got a good team. We’ve got all the pieces. It’s just a solid team.”

Morgan said the team’s demeanor was a function of not just playing together, but growing up together.

“I’ve been playing with these guys since I was in the third or fourth grade. Pretty much everybody on the field is going to be a senior, with a couple of juniors. It just feels close. Everything has been clicking recently, and I think it’s going to work out this year,” Morgan said. “It feels really good because you’re confident in your team. You’re not really worried about the first game, being there and not really knowing what to do. It makes you feel really confident.”