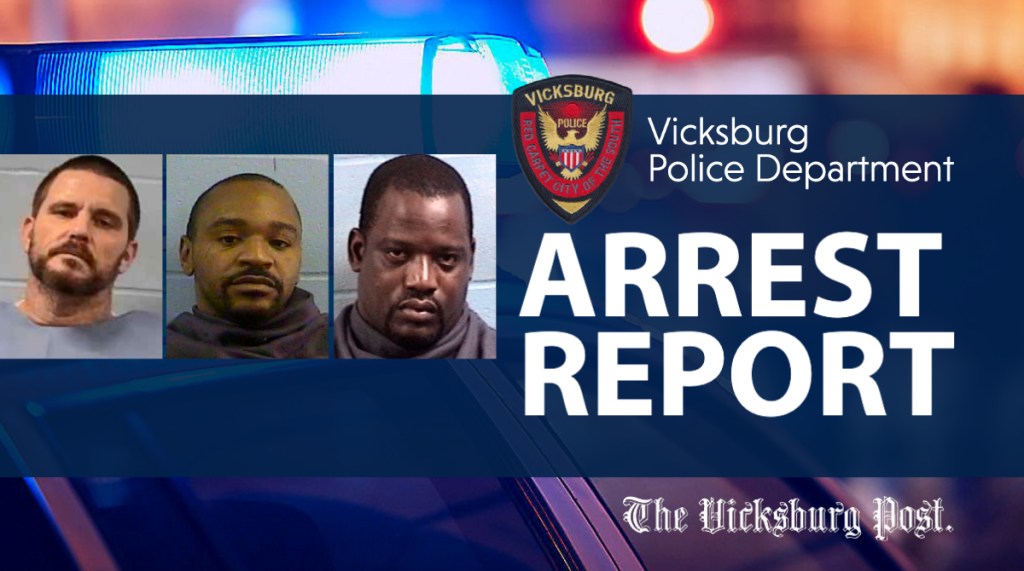 The Vicksburg Police Department made three separate drug-related arrests on Thursday and Friday, including one with an additional burglary charge.

One arrested for meth possession at traffic stop

Justin Cantrell, 42 of Vicksburg, was arrested on Thursday at the scene of a traffic stop after 2.28 grams of methamphetamine was found inside his vehicle.

Charged with possession of methamphetamine, Cantrell appeared in Vicksburg Municipal Court on Friday where Judge Angela Carpenter set his bond at $35,000 and bound him over to the Warren County Grand Jury.

One in custody for burglary, drug possession

Jason Lane, 35 of Vicksburg was arrested early on the morning of Friday after a search warrant was served at his residence in connection with residential burglaries.

He is charged with burglary of a dwelling and possession of methamphetamine. Lane appeared before Judge Angela Carpenter in Vicksburg Municipal Court on Friday where he received an $85,000 bond and was bound over to the Warren County Grand Jury.

One arrested for cocaine possession

Donald Evans, 55 of Vicksburg, was taken into custody on Friday after a search warrant was served at the house in which he is a resident.

Evans was charged with possession of cocaine. Appearing in Vicksburg Municipal Court on Friday, Evans received a $35,000 bond from Judge Angela Carpenter and was bound over to the Warren County Grand Jury.