Eagles fly past Kemper in second half 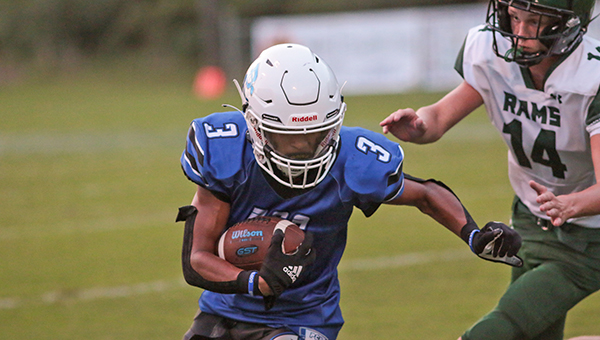 Porter's Chapel Academy's Jase Jung (3) runs with the football during Friday's season opener against Kemper Academy. Jung finished with 86 total yards and scored a touchdown to lead the Eagles to a 52-12 victory. (Walter Frazier/For The Vicksburg Post) 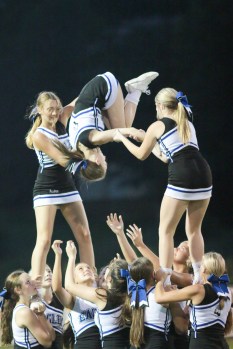 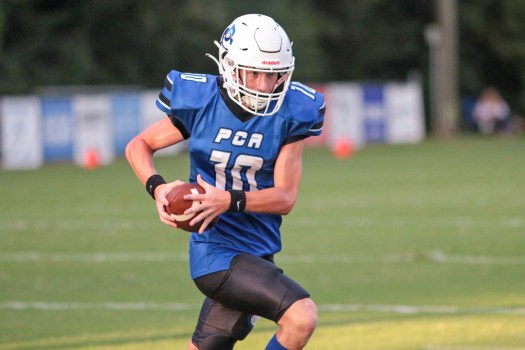 Porter's Chapel Academy quarterback John Wyatt Massey runs with the football against Kemper Academy. Massey passed for 139 yards and ran for 72 yards and two touchdowns to lead PCA to a 52-12 victory. (Walter Frazier/For The Vicksburg Post) 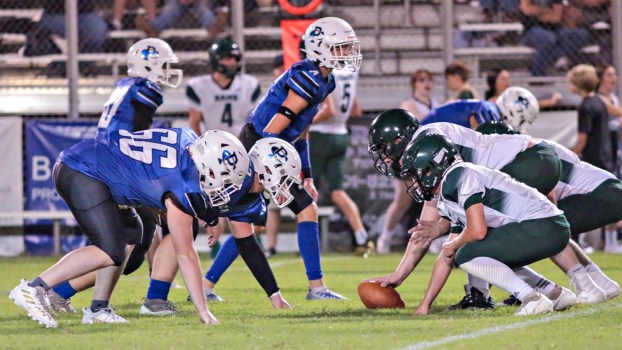 It just took a while to ignite it.

PCA broke open a close game by scoring 30 points in the third quarter, and went on to roll to a 52-12 victory over Kemper Academy on Friday night.

Six different players scored touchdowns for the Eagles, including Noah Porter on a 77-yard punt return and Hayden Beard on a 56-yard kickoff return.

“Depth was one thing, but we executed better. We calmed down. We got through some jitters, and we executed the way we were capable of executing,” PCA coach Blake Purvis said. “You can try to trick the opponent all you want to, but at the end of the day if you’re good at your scheme and you execute it you’re going to be successful.”

PCA quarterback John Wyatt Massey completed 11 of 17 passes for 139 yards, and also ran for two touchdowns. His 32-yard touchdown run on the opening drive of the second half put the Eagles ahead 22-6 and started their surge.

Porter’s punt return touchdown at the end of Kemper’s next possession was soon followed by a 56-yard TD run by Ty Mack and an 18-yard touchdown run by Jase Jung with 1:45 left in the third quarter.

“Honestly, we thought we were going to come out here and roll over them, and they showed up. Props to them,” Massey said. “And it was a little bit of jitters. We talked about it at halftime, made an adjustment, came out and the offensive line dominated and we made plays behind them and we ended up putting up 40 in the second half.”

Purvis said Porter’s punt return was a game-changer. The sophomore caught the ball along the left sideline, reversed direction and shook a tackle, then cut all the way back across the field and took it up the right sideline to the end zone.

“The whole first drive I thought we calmed down and played good. And then of course the punt return right after that lifted the morale. It got us fired back up and re-energized,” Purvis said.

PCA finished with 203 rushing yards. Massey led the team with 72, Mack had 53 and Jung had 41. Taylor LaBarre ran for a 9-yard TD on the game’s opening drive.

“We really got the ground game going and it opened up the pass game a little bit. That’s really what we’ve got to do all year,” Massey said.

While the offense was strong in the second half, what carried the Eagles all night was their defense.

Kemper did not have a first down in the first half, and had minus-10 yards through three quarters. It finally put together a long scoring drive in the fourth quarter to finish in positive territory.

The Rams’ two touchdowns came on a 55-yard interception return by Brody Weaver in the second quarter, and a 19-yard pass from Eli Weaver to Colton Kynerd in the fourth.

Gavin Pugh had an interception for PCA, while Madelyn Whitehead, Zach Ashley and Jacob Rutland had one sack apiece.

“We were fresh. Our guys were rolling. We didn’t play more than three or four plays a drive,” Purvis said. “When you dominate the line of scrimmage and have got guys running around making plays … I was very proud of our defense. I thought our defense played fast the whole game.”