Playmakers 2022: Vicksburg’s Caleb Bryant is one of Mississippi’s best 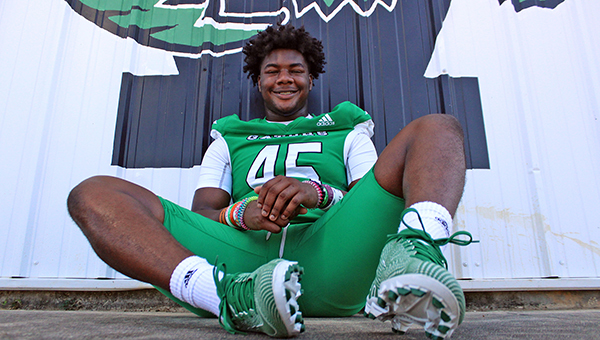 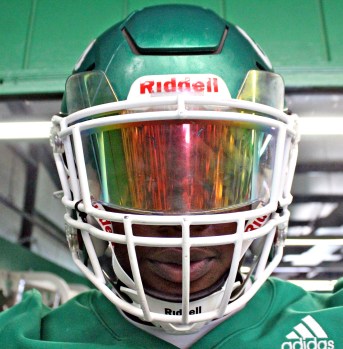 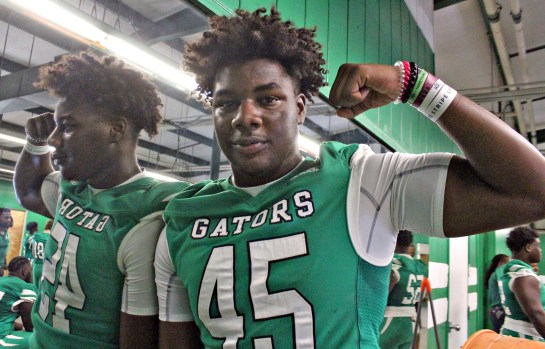 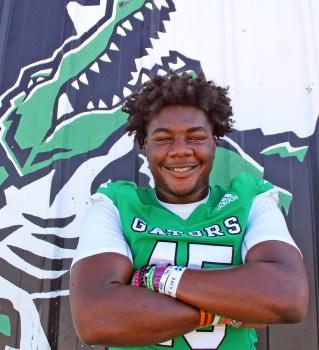 Editor’s note: This story appears in the 2022 edition of “Playmakers,” The Vicksburg Post’s annual football preview magazine. “Playmakers” is included in The Post’s weekend print edition and e-editions on Aug. 20, on sale now, and is also be available at the newspaper’s office at 1106 Washington St. in downtown Vicksburg.

The list stretches back months and includes schools of all shapes and sizes, from smaller SWAC programs to SEC football factories. Most of the tweets are accompanied by a message thanking them for a scholarship offer. Others include highlights, videos of campus visits, star ratings and accolades that have come his way.

The attention can be overwhelming, which is why the Vicksburg High defensive end has tried to acknowledge them and then get back to work as one of the top high school football players in Mississippi.

“You just don’t think about it and keep working. If you keep working, you don’t have to worry about any of that,” Bryant said. “It’s an in the moment thing — you get the offer, that’s great, move on. You’ve got to go to the next thing and can’t get the big head.”

Keeping his nose to the grindstone has paid off handsomely for Bryant. The senior is entering his fourth year as a starter on Vicksburg’s defensive line and is ranked as a top-10 player in Mississippi by most of the major recruiting services.

Bryant has 19 sacks over the past two seasons and has developed into a leader on one of the best defenses in MHSAA Class 5A. The Gators held nine of their 12 opponents to 14 points or less and posted four shutouts last season.

“Caleb is a kid that we are extremely happy he’s playing defensive line for the Vicksburg Gators, because we haven’t blocked him in three years,” VHS coach Todd McDaniel said with a laugh. “He’s one of those guys who has the stars on the side of his name and it’s legit stars. It’s not given. He’s earned them. He’s gotten them from the mud. Caleb is going to be just as dominant or better than last year.”

Like many great success stories, Bryant’s has a humble beginning. As a freshman, his assignment in practice was going against the team’s best offensive lineman Shar’Dez Taylor.

“It was a big transition. It was hard. I was out there getting pancaked,” Bryant recalled with a laugh. “But it made me who I am now. I believe I can beat anybody.”

Bryant said the experience had him on the verge of quitting, but then-VHS assistant Bubba Nettles — now the head coach at St. Aloysius — motivated him to see it through.

It wasn’t long before Bryant went from being dominated in practice to dominating most of the opponents he faced. He led Warren County with nine sacks in 2020 and had 10 more in 2021. He earned Vicksburg Post All-County honors both seasons and his reputation started to spread beyond Warren County.

“He understands the game. Not only that, but he’s 6-5, 260,” McDaniel said. “Extremely aggressive. One of the best get-offs I have seen in 22 years. He’s able to time the snap of that football like none other. Once he gets the snap count down, he uses his hands, he gets in the backfield and down the line. Most of all, he pass rushes.”

The past six months or so have sent Bryant on a nationwide tour as he charted his future path. He visited several of the schools that offered him scholarships, and made his decision in mid-June.

While on a visit to Utah, Bryant got on a microphone in the team’s practice facility and announced his commitment. The 15-second clip was, of course, added to his Twitter timeline.

“It was surreal. It was out of this world. I never thought I’d do something like that,” Bryant said of the way he made the announcement.

Bryant said he picked Utah because of the culture of the program and because it offered a chance to get away from home. They’d started recruiting him in March.

“I was looking at Utah. When they offered me I was surprised and happy. Utah is far away from here,” he said. “They’re family. Their whole team, the coaches and players are all together. If you see one in Wal-Mart there’s three more coming behind them. The whole team is like that. They do everything together.”

Late last week, however, Bryant announced he had de-committed from Utah and was reopening his recruitment.

Until he makes a final decision, Bryant will focus on a big team goal of pushing Vicksburg High toward the promised land.

The Gators won seven games and reached the second round of the Class 5A playoffs in 2021. He’s one of nine returning starters on defense and 16 across the board. The returning talent and experience have the Gators penciled in as a favorite to win their first region championship since 1990, and perhaps even more.

Bryant, obviously, will be a big part of that quest. He knows he’s got a lot of attention on him for a lot of reasons, and is more than ready to live up to the hype.

“It’s confidence, but then again it’s a lot more. People are coming for you now. There’s a lot of double teams. You have to do a lot more now. You’ve got to be on it. There’s a lot of expectations,” he said. “If you don’t make those plays, you’re going to feel like you didn’t do your job. It’s all about doing your job now.”