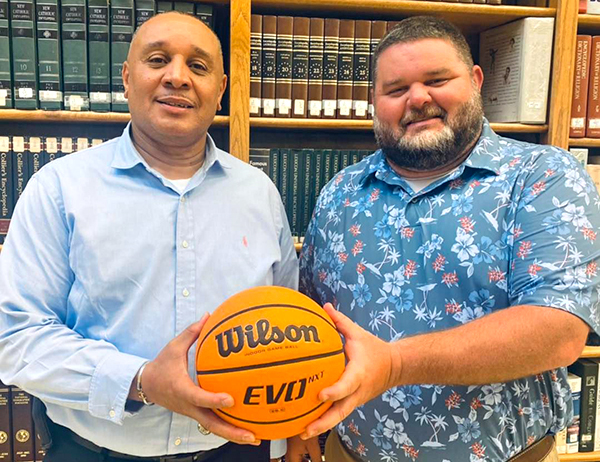 St. Aloysius has made a coaching change in its boys basketball program.

The school announced Tuesday that it has parted ways with Anthony Lumpkin, and hired longtime coaching veteran Kim Windom to lead the team.

Lumpkin led the Flashes to an 8-13 record in his only season in the job. Although below .500, it was a five-win improvement on the previous season.

“We appreciate Coach Lumpkin and all he did for St. Aloysius, but we’re excited about Coach Windom coming in. He has a track record of excellence,” St. Aloysius athletic director Bubba Nettles said.

The 56-year-old Windom coached the boys’ basketball team at Port Gibson High School for 26 years until retiring in 2021. He won more than 600 games and five division championships, and took the Blue Waves to the MHSAA Class 3A quarterfinals in 2004.

Windom said he saw St. Al play last season and liked what he saw. When he was contacted about the job, it helped sell him on coming out of his brief retirement to take it.

“Listening to the AD and Dr. Strickland, and they talked about the players they had and I saw them play last year. I liked the way they played. They played hard. That kind of sold me into wanting to coach them,” Windom said. “I’m hoping to establish a winning tradition there, but doing it the right way.”

As he takes over the program, Windom said he’ll spend the next few weeks getting his feet under him and trying to work with his new players as much as he can. Most of them also play football and won’t be available for basketball until around Halloween. St. Al’s last regular-season football game is Oct. 21.

Windom said that, coming from a smaller school like Port Gibson, he was used to having to share athletes.

“I did it in Port Gibson, where we shared athletes in different sports. We just have to wait,” he said.

In the meantime, he’ll just try to lay the groundwork as best he can.

“Just basically get with the guys and work it out, and getting to know them and they’re getting to know me,” he said of the plan for the next two months. “At the same time, getting in conditioning shape and putting a system in as well.”