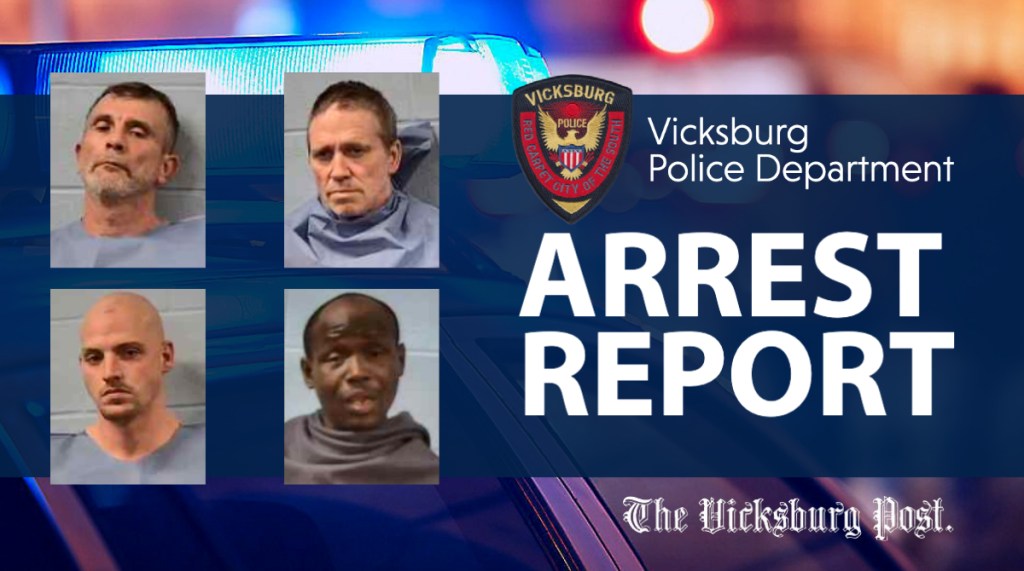 The Vicksburg Police Department announced Tuesday the arrest of four individuals for possession of methamphetamine and other drugs in unrelated incidents.

Curtis Tippen, 49 of Vicksburg, was arrested Saturday at the scene of a traffic stop on Interstate 20 near U.S. 61 North. He had approximately 1.60 grams of methamphetamine in his possession.

Charged with possession of methamphetamine, Tippen appeared in Vicksburg Municipal Court on Monday. Judge Angela Carpenter set his bond at $35,000 and bound him over to the Warren County Grand Jury.

Curtis Nevels, 58 of Vicksburg, was also arrested on Saturday for possession of methamphetamine after the vehicle in which he was a passenger was stopped for a traffic violation.

Nevels received a $35,000 bond from Judge Angela Carpenter in Vicksburg Municipal Court on Monday and was bound over to the Warren County Grand Jury.

William Edward Massey, 26 of Vicksburg, was arrested Sunday at a traffic stop in the area of Interstate 20 and U.S. 61 South after a felony amount of illegal drugs was discovered in his vehicle.

Massey appeared in Vicksburg Municipal Court on Monday on charges of trafficking in a controlled substance, with an enhanced penalty for the weapon possession, and possession of marijuana. Judge Angela Carpenter bound him over to the Warren County Grand Jury on a $125,000 bond.

Johnny Ailes, 41 of Vicksburg, was arrested following a traffic stop on Halls Ferry Road on Sunday.

His bond was set at$35,000 and he was bound over to the Warren County Grand Jury.