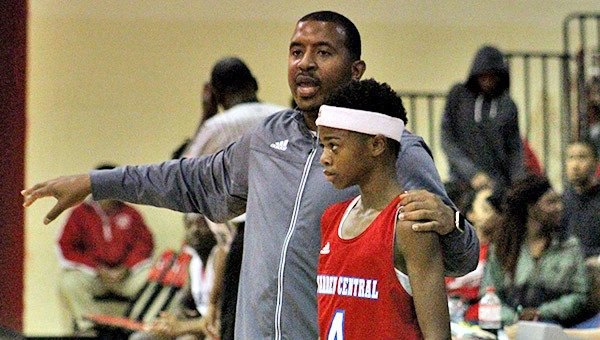 James Lewis cut his teeth as a coach in the Vicksburg Warren School District’s athletics department. Now he’s coming home to run it.

Lewis, a Vicksburg native and former Warren Central basketball coach, has been hired as the VWSD’s next athletics director. His hire was approved by a unanimous vote at Thursday’s meeting of the VWSD Board of Trustees.

“It’s really exciting to get a chance to come back home,” Lewis said. “I’m a product of the Vicksburg Warren School District. I got my start here. This is where I cut my teeth and got a chance to start in education as a teacher-coach. My story is made for the movies.”

The 36-year-old Lewis will succeed Preston Nailor, who left in July to become an assistant principal at Velma Jackson High School in Madison County.

Lewis started his career as an educator at Grove Street Alternative School in 2012, and started his coaching career the following year as an assistant on the boys basketball staff at Warren Central Junior High.

Lewis quickly climbed the ladder, becoming the junior high head coach in 2014 and Warren Central’s ninth-grade coach a year later. He was hired as the varsity boys head coach at Jim Hill High School in Jackson in 2018 and later became that school’s athletics and activities director.

While coaching, Lewis worked toward a specialist degree at Arkansas State University that would allow him to eventually become an administrator. When the opportunity to make that move came, especially in his hometown, he jumped on it.

“The opportunities that the district gave me really helped me to become what I am today. It’s a dream come true to be able to come home, and then also to get this dream job,” Lewis said. “I’ve worked my whole life to become an athletic director. It’s something I don’t take lightly. I’m super excited, but moreso humbled and gracious about getting the opportunity to come in and serve the stakeholders of this community.”

Lewis was offered the job earlier this month and has spent the past couple of weeks transitioning into it while also finishing his time at Jim Hill. His first full day as athletics director is Monday.

Lewis said he’ll have a learning curve as he adjusts to the administrative side of education and athletics, but expected the VWSD’s coaches to help him along.

“I know we’ve got some patient coaches, and they understand it’s going to be a learning curve. It’s going to be some time to learn some of the processes,” Lewis said. “I know where I come from, JPS, we may have the same type of methods to do things but the process may be different. Once I learn them I will be full speed ahead. I’m a quick learner. I don’t think that will be a problem at all.”

In the meantime, Lewis will hit the ground running in his first week. One of his first duties will be to oversee next week’s Vicksburg vs. Warren Central football game, as well as the start of the school year in general.

It’s a lot of work, Lewis said, but it’s also a chance to live out a dream.

“I think it’s the dream job,” he said. “I was in the band growing up. I played sports growing up. When you think about athletics and activities, just bridging those things and moving things forward, I have experience in both areas. It’s exciting to help everybody, and I want to move everybody forward.”