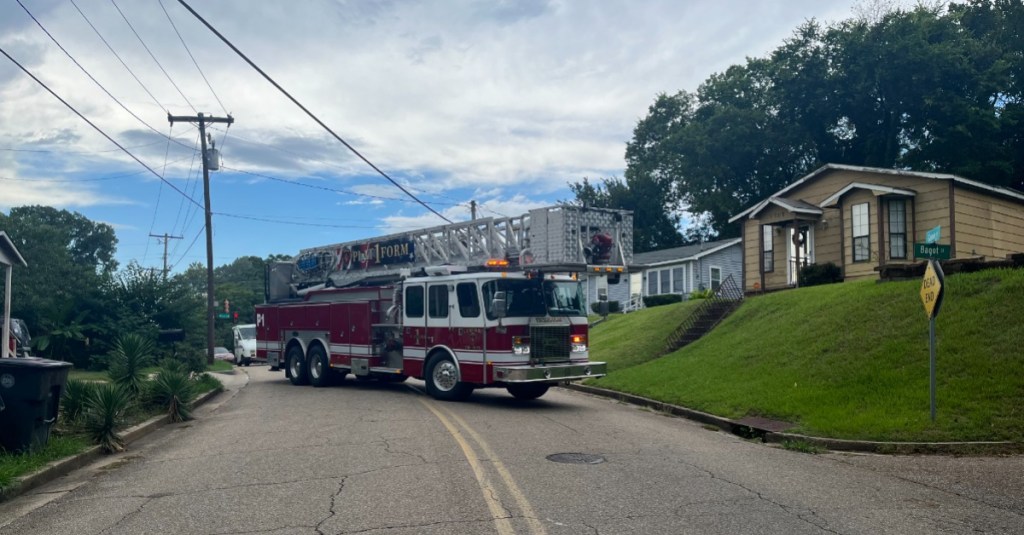 Platform 1 sits at the corner of Grove and Bagot Streets in response to the structure fire on Pierce St.

The Vicksburg Fire Department responded to a 911 call about a residential structure fire on Pierce Street near Mission 66 on Thursday at 3:31 p.m.

Two homes, adjacent to each other, were damaged by the fire.

Fire Chief Craig Danczyk stated that firefighters were able to contain the blaze. He also said that everyone was able to safely evacuate the structures and that no serious injuries to occupants or firefighters were reported, although firefighters did run into issues of fatigue over the course of the operation.

The building where the fire originated sustained heavy damage, while the adjacent home received some damage from radiant heat and flames.

The cause of the fire is currently under investigation.