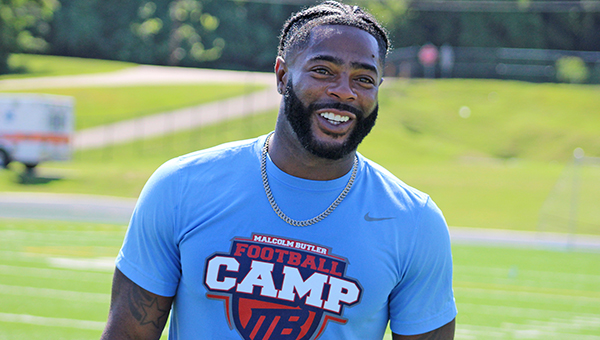 Malcolm Butler’s second run with the New England Patriots has come to an end.

The NFL team released the Vicksburg native on Thursday, nine days after it had placed him on season-ending injured reserve with an unspecified injury.

The 32-year-old came out of retirement to sign a two-year free agent contract with the Patriots in March. Butler and the team reportedly reached an injury settlement to buy out his contract and he is once again a free agent.

Butler also played for the Patriots from 2014-17, after signing as an undrafted free agent, and helped them win two Super Bowls and get to a third. His game-clinching interception in the final minute of Super Bowl XLIX against Seattle is considered one of the most famous plays in NFL history.

Butler played for the Tennessee Titans from 2018-20, until he was released in a salary cap move. He then went to the Arizona Cardinals, but abruptly retired just before the 2021 season was to begin and sat out the whole year.

Overall, the former Vicksburg High and Hinds Community College star has played in 100 NFL games and has 17 career interceptions.

Butler was battling for a roster spot in New England’s secondary during this summer’s training camp. He had one tackle and a fumble recovery while playing 23 snaps in New England’s preseason opener against the New York Giants, but was put on the injured reserve list five days later.

According to NFL rules, any player placed on injured reserve ahead of the final 53-man roster cut — which comes early next week — cannot play for that team until the following season. However, now that Butler has been released he can sign with another team and be eligible to play this season.