Old Post Files: What happened on this day in history 100 years ago? 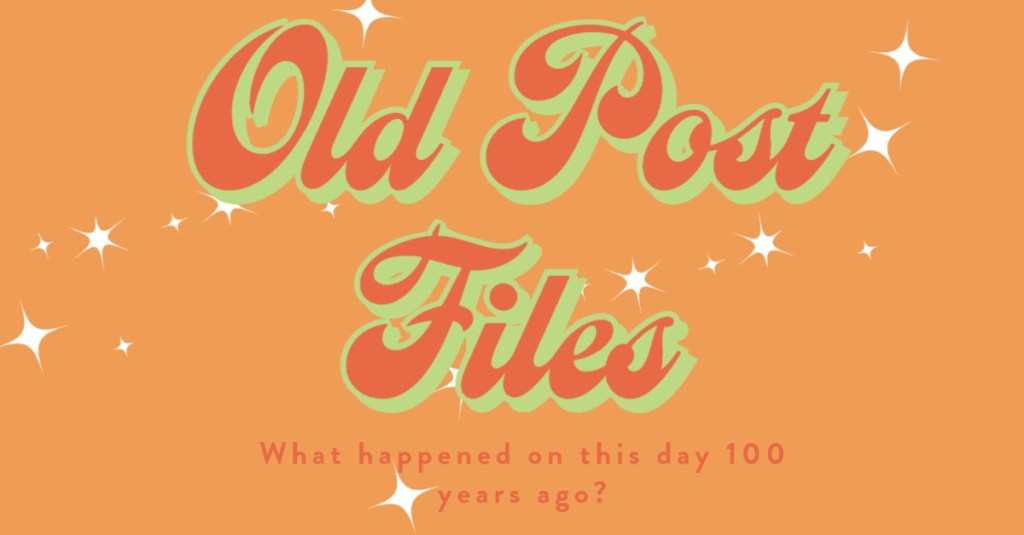 An Army general hospital will be built near Jackson. • Corp Stanley Stratton is here from Ohio visiting his parents.

Dr. and Mrs. Terry Jackson announce the birth of a daughter, Angela Marie, on Sept. 1. • Vicksburg takes a 19-13 win against Yazoo City. • Services are held for Troy Boone.

City property taxes in 1993 will be the highest since 1989. • Jon Wesley Webb celebrates his first birthday. • Eudora Welty photographs will be on display at the Firehouse Gallery. • Courtney Michele Maddox and Michael Ellis Keathley are married.

Standing water left behind by Tropical Storm Isaac could cause more danger than the storm’s gusting winds and relentless rain due to the mosquitoes spreading West Nile. • A man accused of punching a police officer and another accused of having his dog attack a firefighter were held without bail.