LOOKING BACK: A little bit of history on 1320-1322 Mulberry St. — The Mulberry building today 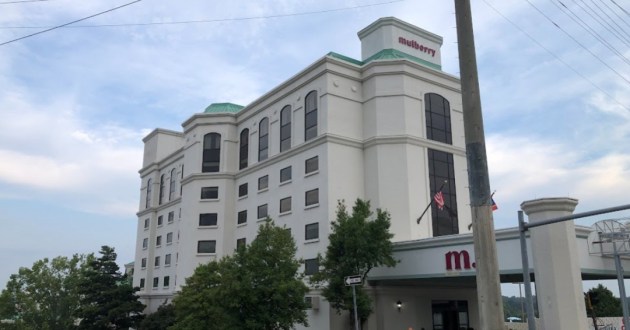 The Mulberry as it stands today. 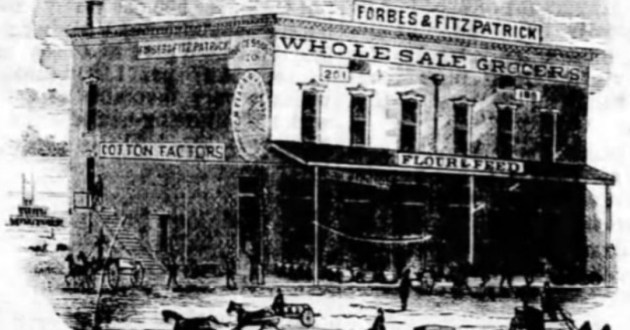 A historical rendering of the northwest corner of Mulberry and Crawford Streets.

This article is provided courtesy of The Vicksburg Foundation for Historic Preservation.

1320-1322 Mulberry Street– This large brick building was constructed on the northwest corner of Mulberry and Crawford streets perhaps in 1853.  It was the “new” store of Cobb and Manlove, produce, grocery, and commission merchant, in September of that year.

In May 1873, Fitzpatrick and Forbes moved into the building, conducting the same business as Batchelor and Company. With the death of J.C. Fitzpatrick in 1879, the business became Forbes and Beck and then the building was listed for rent from 1886 until March of 1888 when C. M. Flanagan and Company, wholesale grocers and provision merchants moved in.

The location of C. M. Flanagan and Company here caused much excitement in Vicksburg as is seen by an article in the Daily Commercial Herald. “The rumor to the effect that the prominent wholesale grocers, commission merchants and millers, Messrs. Flanagan, and Co., of St. Louis, would at an early date open a wholesale business in Vicksburg has materialized into an incontrovertible reality. It is unnecessary to enter into details about the high standing and exalted character of the Flanagan brothers in the most prominent and distinguished mercantile and commercial circles of the West and South, as in this respect no St. Louis house is more extensively and generally known. The Flanagans, after amassing a fortune in Vicksburg some fifteen years ago by their magnificent business judgment and capacity, pluck and energy, went to St. Louis, the greatest and finest field for mercantile operations in America, and there, though in constant conflict with the business autocrats and kings of the times and the place, went rapidly to the front, taking a leading position in the front ranks of the most prominent and most solid business representatives of their city, which position they have maintained and held to the present day. They are men of magnificent judgment in all business matters and business operation; in fact, they are born business men. In addition to seeking a share of Vicksburg home trade the new firm will make an effort to divert much of the trade that adjacent cities are now taking away from this city, for instance, Memphis, New Orleans and Shreveport. They propose to contest every inch of the territory properly belonging to Vicksburg but now being encroached upon by the cities named.”

Unfortunately, because of “dull business and poor collections on accounts,” the business was closed by 1894. In October 1894, the Atlanta Newspaper Union (called the Vicksburg Newspaper Union here) leased the building and installed their printing machines to print a large number of weekly papers in the area. In July 1899, they announced that they were moving to the building on the southwest corner of Washington and Grove (The Biscuit Company today), but they were quickly stopped by the board of mayor and aldermen until they installed a chimney 18’ above the top of the building in which to carry off the smoke created by their business.

The Mulberry building remained vacant for a while and then was leased to W. C. Craig and Company, cotton buyers in 1904. By 1921, the building was leased by D. J. Shlenker and Company, cotton factors, and then by Montgomery Brothers Wholesale Cigars in 1929. In 1935 the building was vacant and then in 1948, the south half was tire sales and the right half was a photo studio. The building is gone by the 1950s and many years later, Harrah’s Casino and Hotel was constructed on the lot. Today it is The Mulberry.