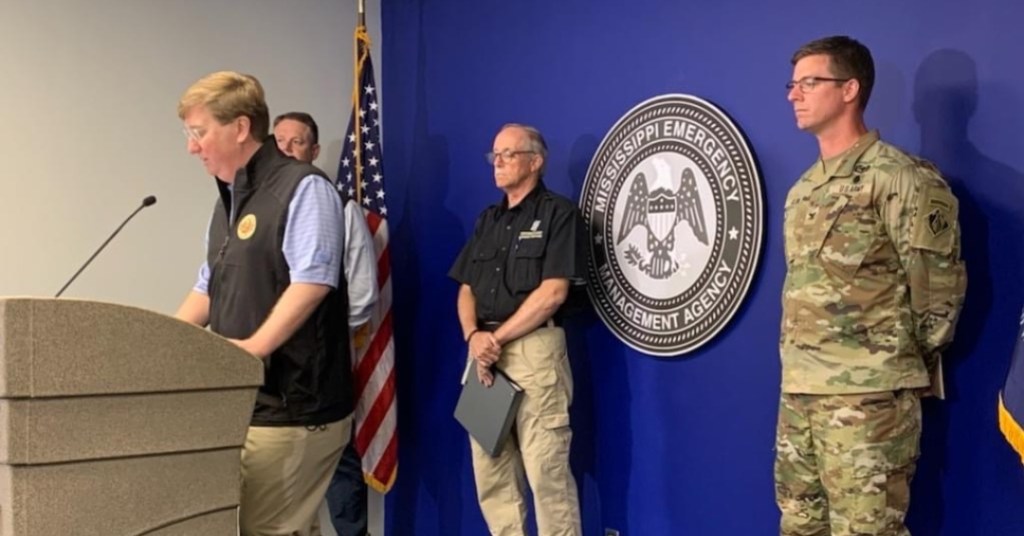 The Vicksburg District engineers were on site after receiving the mission assignment, assessing the pumping system, wastewater infrastructure, electrical system and safety concerns.

USACE continues to work in partnership with local, state, and federal agencies, in coordination with FEMA, to synchronize the interagency response to deliver clean, reliable water to the citizens and city of Jackson.

Monday, Vicksburg District Commander Col. Chris Klein and other state and federal agencies participated in a meeting and press conference held by  Gov. Tate Reeves to give an update on the work and process made at the O.B. Curtis Water Treatment plant in response to the Jackson Water Emergency.

Officials on Monday also announced they believe every Jackson resident has water once again. According to Mississippi Today, a state-issued boil water notice remains in effect, meaning that although the water is flowing, it should not be consumed without treatment. The city had been without water for one week.

Officials warned additional water system problems could occur at any time and Reeves said officials from the state will remain in place for “some time.”

The Vicksburg District emergency operations center remains activated at Level 2, due to flooding on the Pearl River in the Jackson, Mississippi, area. Level 2, or Emergency Watch, means personnel will monitor conditions from 6 a.m. to 6 p.m. daily.